Published May 18th, 2022 - 11:17 GMT
Kim changed into a very similar dress
Highlights
many were in love with her look, but not the dress' designer Bob Mackie.

In this year's Met, Kim Kardashian donned Marilyn Monroe' famous Happy Birthday, Mr. President dress, many were in love with her look, but not the dress' designer Bob Mackie.

Mackie, who designed the dress in 1962, less than three months before the actress passed away, said that no body should were that dress except Monroe herself.

He said: "I thought it was a big mistake, [Marilyn] was a goddess. A crazy goddess, but a goddess. She was just fabulous. Nobody photographs like that. And it was done for her. It was designed for her, Nobody else should be seen in that dress." 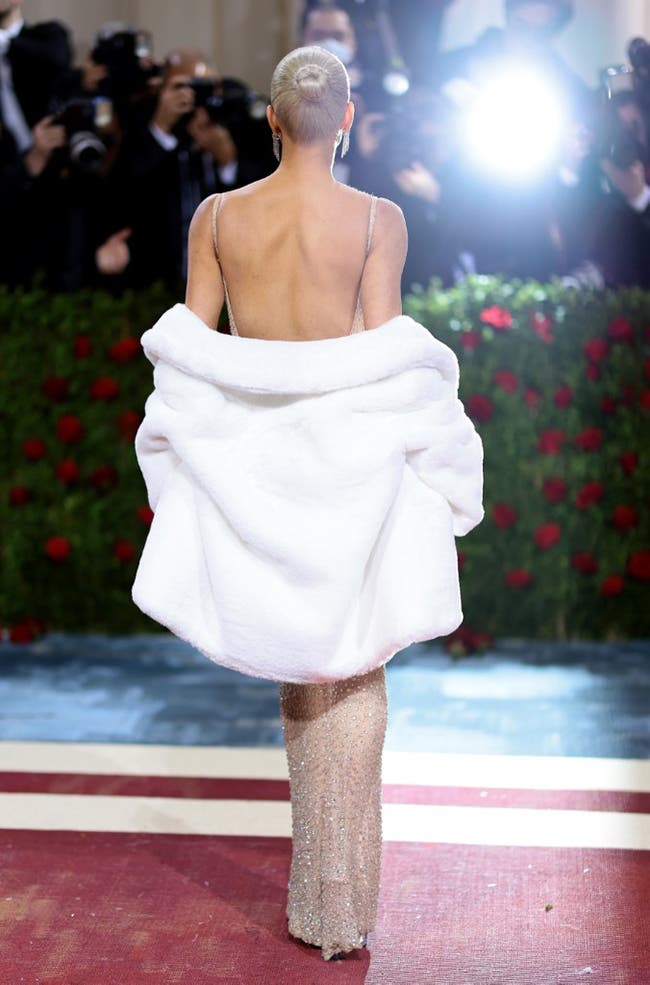 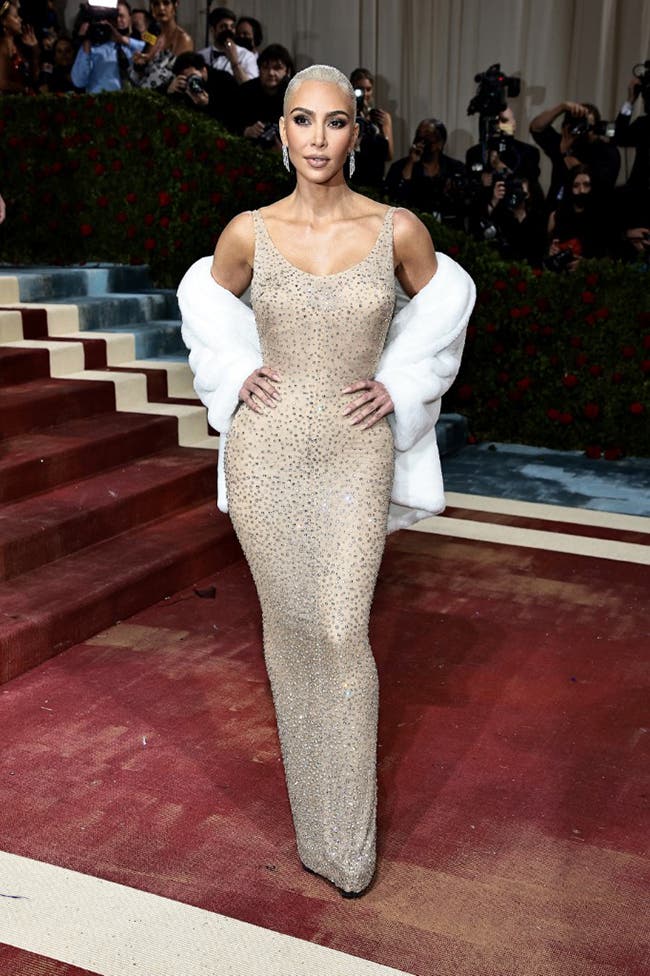 "I would wear a sauna suit twice a day, run on the treadmill, completely cut out all sugar and all carbs, and just eat the cleanest veggies and protein, I didn't starve myself, but I was so strict." 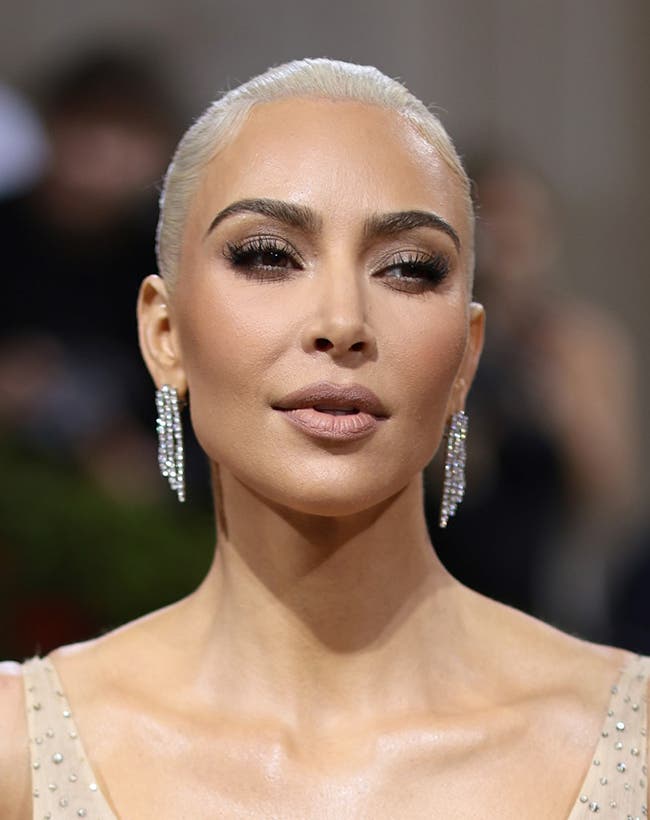 However, Kim only wore the historic outfit for a matter of minutes, just so she can walk down the red carpet at the met gala and take a few snaps with her comedian boyfriend Pete Davidson.

Shortly after walking down the carpet, Kim changed into a very similar dress, as she did not want to risk ruining the dress. 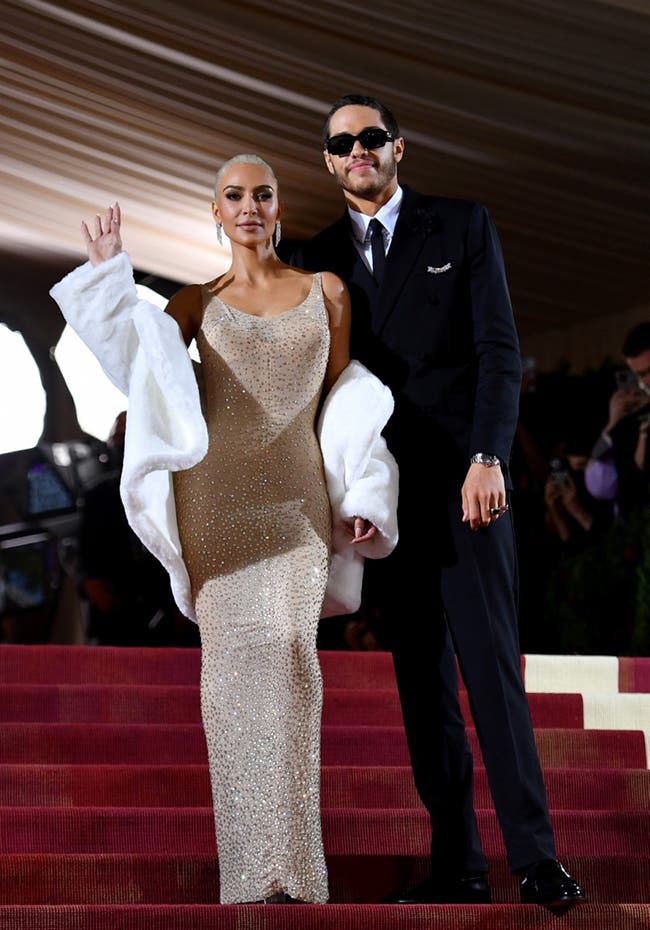 "I'm extremely respectful to the dress and what it means to American history. I would never want to sit in it or eat in it or have any risk of any damage to it and I won't be wearing the kind of body makeup I usually do," Kardashian said. "Everything had to be specifically timed and I had to practice walking up the stairs."