Egyptian presenter and model Asallah Kamel has surprised her followers when she took part in TikTok challenge: What I look like when I kiss. 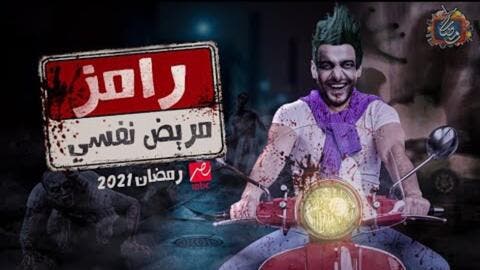 'Ramez Is A Psychopath'! MBC Comments on the Name of Ramez Galal Ramadan 2021's Prank Show

Asallah posted the video on her TikTok account which has 726.3K followers.

She captioned it: "That’s so stupid but I’m posting anyways #fyp #foryou."

Kamel's video went viral on social media and has been viewed 2.2 million times, although the average views of Asallah's TikTok videos is approximately 300K.

The kids channel presenter's video was not welcomed by followers, especially since she's connected to children in their minds.

They even started comparing her previous innocent looks with her current ones, as they noticed that she has fuller lips and injected face.

In the comments, followers wondered how would children view Asallah now after this video that was described as audacious.

They wrote things like: "She used to be cuter and one of the sweetest girls.. now she's so ugly", "What has she done to herself? look at her pout! You used to have a baby face", "I swear to God I didn't recognize her".

This is not the first time that Asallah has sparked controversy; Earlier, she posted a video in which she appeared in front of a mirror with a man kissed her by the neck.

Social media users launched a major attack on Kamel and directed sharp criticism to her, considering that this video was not appropriate for a media woman, in addition to boasting it to her followers.

Asallah Kamel was famous for presenting children programs on MBC 3, but in 2020 she left the channel and decided to head to a world completely far from media and full of boldness and temptation, according to what the commentators said.