Miley Cyrus Sends Fans Into a Meltdown With 'Slide Away' Video 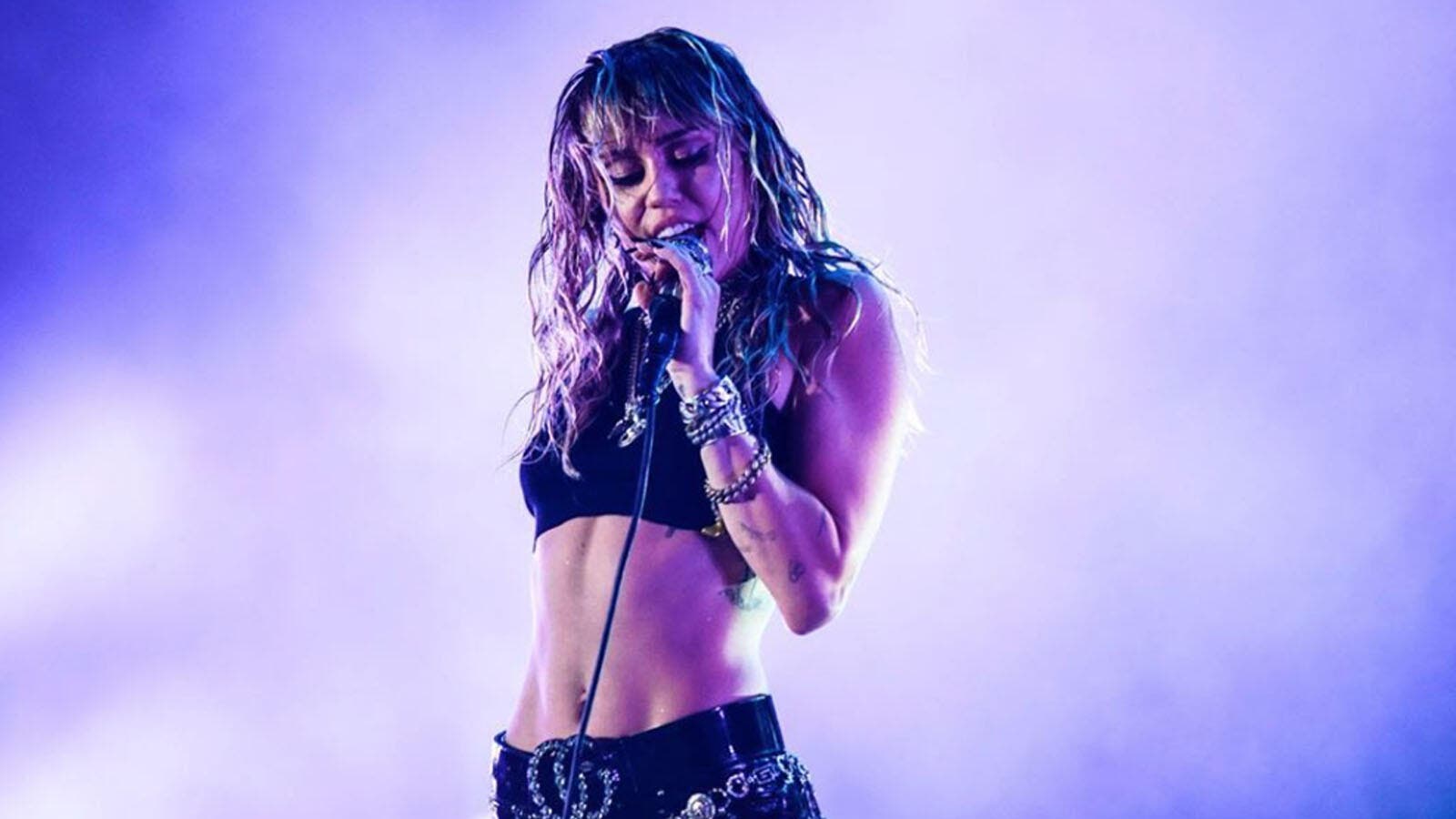 Miley Cyrus has sent the Internet into a meltdown with the release of the music video for her new single Slide Away.

Since the video was unveiled on Saturday, fans have been trying to decode the subtle references to the singer's estranged husband Liam Hemsworth.

The film clip shows a disinterested-looking Miley wandering through the wreckage of a wild house party - something many fans believe represents her failed marriage.

Instead of participating in the debauchery, Miley seems lost, detached and isolated.

In one particularly poignant scene, she gazes out over a swimming pool littered with garbage - a possible reference to the destruction of something once beautiful.

Among the floating debris are several liquor bottles and pills, which also seemingly alludes to reports that Miley split with Liam over his alleged drug and alcohol use.

Sources close to Miley told TMZ in August that she tried 'valiantly' to save her marriage but couldn't accept that Liam was 'drinking a lot' and 'using certain drugs'.

However, sources on Liam's side called 'bulls**t' on the allegations, and said that the real issue was Miley's 'infidelity'.

'This is another attempt by Miley to distract from her infidelity and recent outrageous public behaviour,' Liam's source told the website.

Fans also noticed there was a Ten of Hearts playing card floating in the pool, a possible reference to the decade-long relationship Miley shared with Liam.

The video concludes with a shot of Miley peacefully floating in the pool alone, a symbol perhaps of how she has finally found happiness as a single woman.

Lyrics such as, 'Think I'm gonna miss these harbour lights', and, 'So won't you slide away / Back to the ocean, I'll go back to the city lights,' appear to reference Miley's home in Los Angeles and Liam's Australian background.

Miley, who met Liam when she was just 17, also hints the couple had outgrown their romance when she sings: 'Move on, we're not 17 / I'm not who I used to be / You said that everything changed / You're right we're grown now.'

Many fans also believe the Slide Away video is an 'epilogue' of sorts to Miley's 2013 video for We Can't Stop, which showed her having fun at a wild house party.

The two videos have several parallels: We Can't Stop sees Miley dancing provocatively and splashing around in the swimming pool, while Slide Away shows what appears to be the party's sad aftermath.

The Slide Away video even features a partygoer sleeping in a panda costume - a possible reference to the dancing teddy bears in We Can't Stop.

Finally, some eagle-eyed viewers have noticed that Miley wears a similar dress in the Slide Away clip that she wore in the 2010 video for Who Owns My Heart.