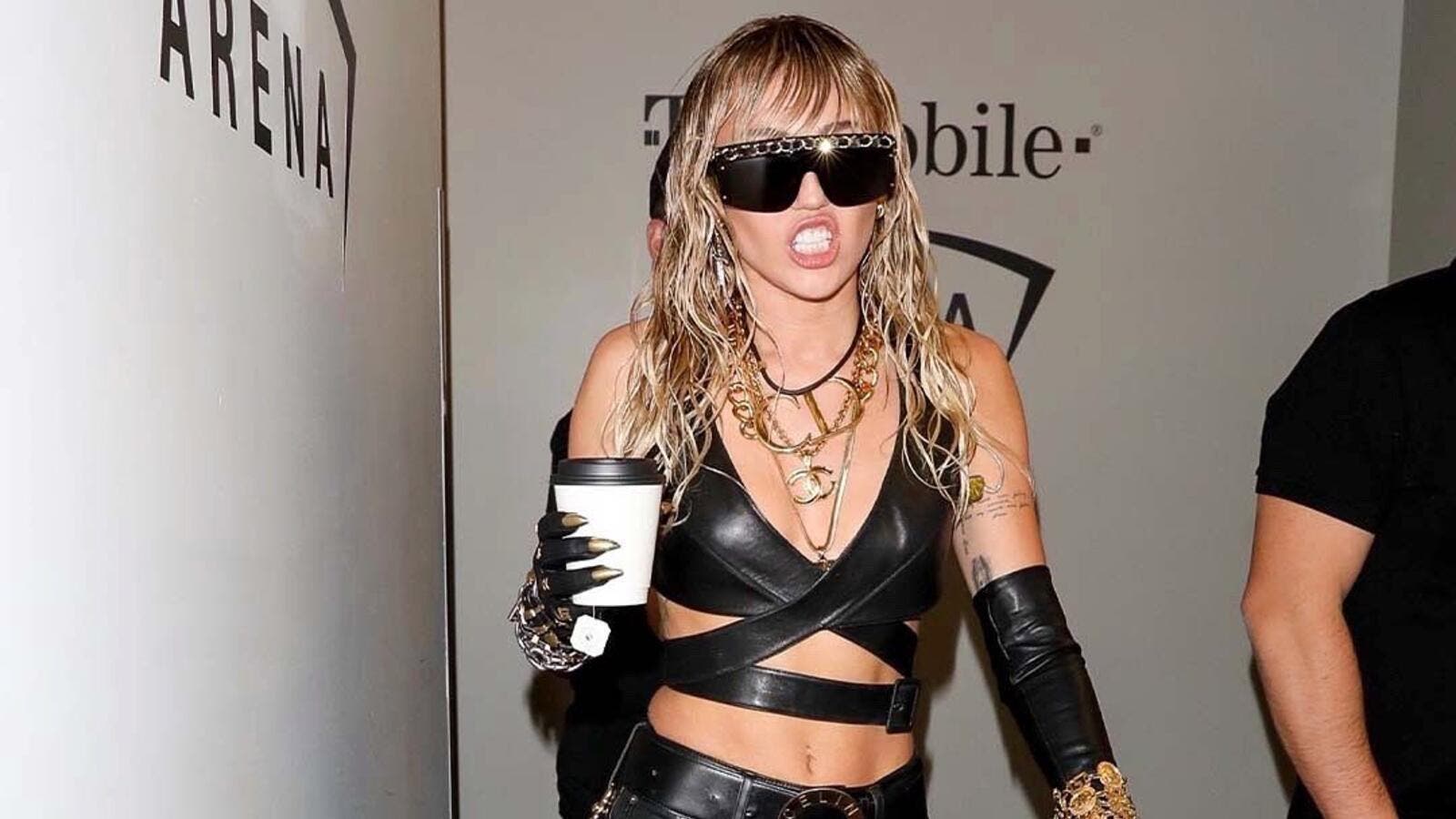 Cody was covered up in a gray T-shirt and black jeans (source: @mileycyrus Instagram)

Her ex-husband Liam Hemsworth recently confirmed his own new relationship.

Miley Cyrus snuggled up close to her boyfriend Cody Simpson during a beach date at Malibu's Zuma Beach on Monday.

The 27-year-old pop star was seen stripping out of her casual attire in a sleek one-piece black bathing suit while Cody, 23, spent some time on his phone.

Miley normally likes to showcase her svelte figure, but she stuck with a sleek black one-piece to counter the chilly breeze. 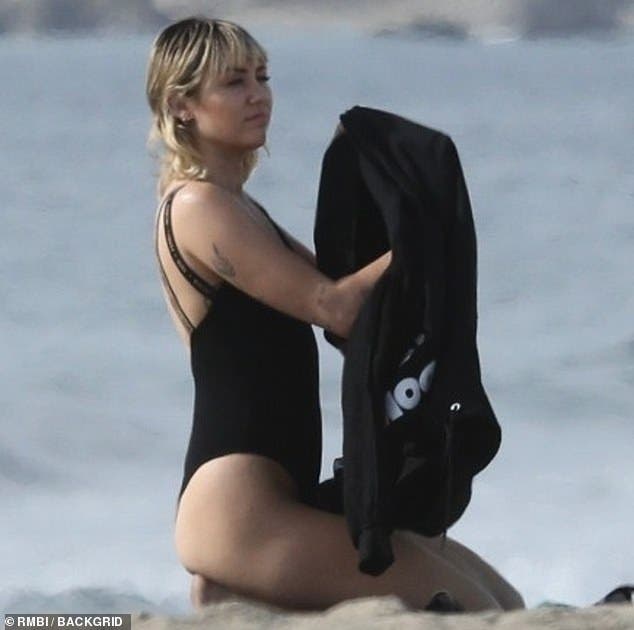 The 5ft5in beauty stripped out of her black 'DON'T DO WEED' sweatshirt and ripped acid wash jeans.

Cody was covered up in a gray T-shirt and black jeans.

The Australian musician was about to wade into the waves when he had to take a call.

Despite the breezy and overcast day, the celebrity couple still wanted to relax on the beach. 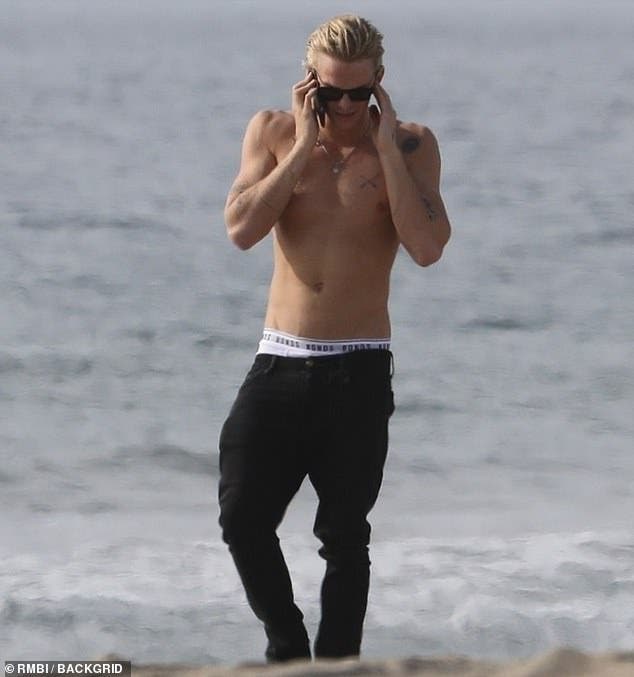 Both rocked angular black sunglasses, and Cody also brought a long a copy of Bob Dylan's memoir Chronicles: Volume One for some inspiration.

After the two lovebirds found a prime spot in the sand, Cody had to leave Miley be while he walked down to the shore to talk on the phone. 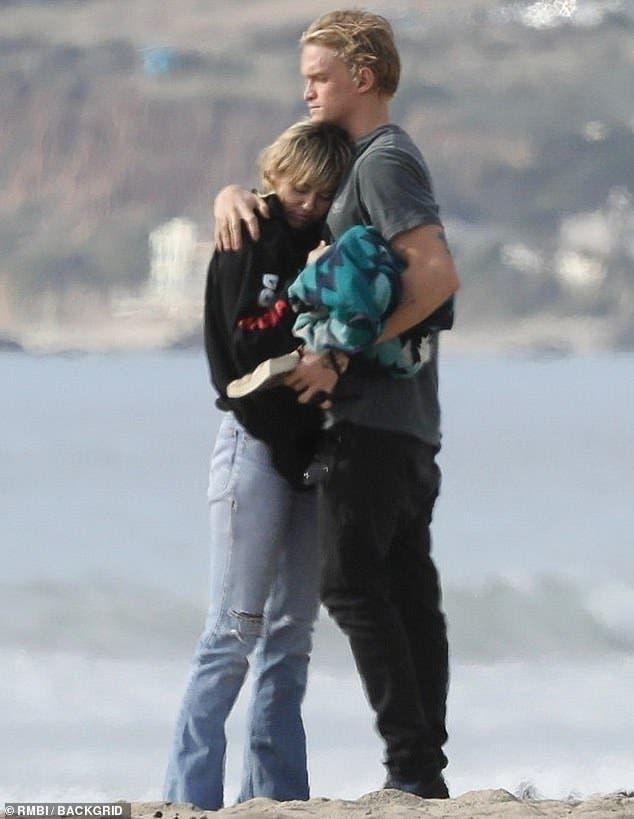