On Wednesday evening, Saudi artist, Mohammed Abdo, has drawn the attention of the audience by performing the famous dance of the late American singer Michael Jackson on stage after Al-Hilal SFC win. 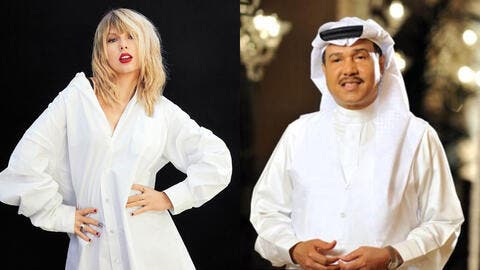 Mohammed Abdo unusually sported casual clothes, while performing the song 'Fog Al-Sahab Ham', and he was overjoyed with the victory of Al-Hilal team, amid a wide interaction from the fans and the audience in the Boulevard.

The video, which received wide interaction, showed Mohammed Abdo, looking at the cameras documenting those moments, embracing Assala Nasri, and pointing with his hand.

Abdo commented on Al-Hilal's victory in the AFC Champions League for the fourth time in its history, explaining during an interview with local media at the celebration of the Asian leader, which was held by the General Authority for Entertainment in Riyadh City Boulevard, that he is looking forward to Al-Hilal achieving hopes and international championships, and he joked: 'Al-Hilal is ready for it and better than what you think.'

The Arab artist congratulated the fans of Al-Hilal Club, and all fans of Saudi football for this title.