Turkish Series Another Self, tells the story of the ability to overcome all life's obstacles and dead ends, but accepting the past. 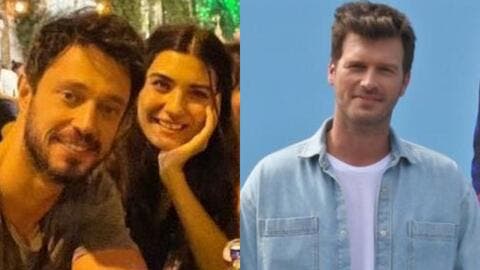 Tuba Büyüküstün and Murat Boz Fall in Love in 'Another Self'.. While Kıvanç Tatlıtuğ Promises the Audience to Cry

The series have been trending all over social media from the moment it's teaser trailer was released, and the trend was mostly surfaced around the Arab world. 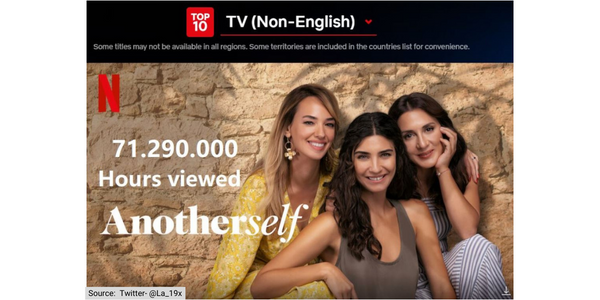 And the moment the first episode was released, it became all what Twitter users were talking about about, and 'Another Self' was number one on Google.

What is most talked about now, is that Another Self is currently the most watched Netflix series, exceeding 88 millions viewers. 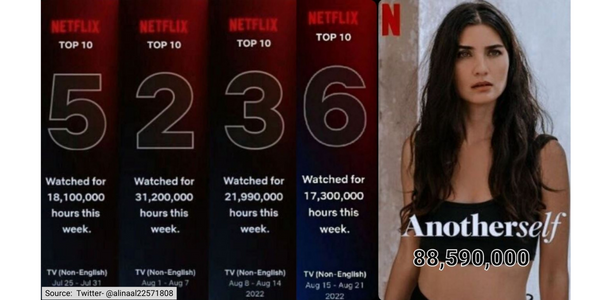 Social media users have been sharing clips from the series, and the interaction have been incredible due to the amount of interest in the Turkish series.

The story of the series revolves around a social suspense, where the series talks about the difficulties and challenges that a person of both sexes can go through in life and the possibility of overcoming them by accepting the past that can only be changed with positive feelings such as passion, joy and hope. 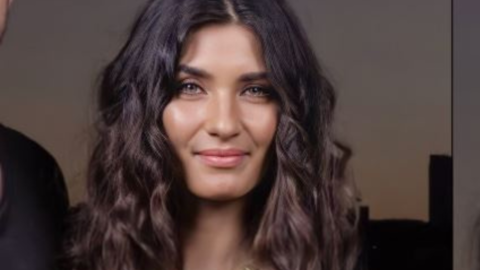 Is it Her Son? Tuba Büyüküstün Shares a Picture With a Child and Al Jassmi Comments

3 girls who graduated from the same university, and they have a strong relationship, and live a quiet life, until the course of events changes when one of them suffers from cancer.