The pioneers of social networking sites re-circulated the statements of the son of the late Syrian artist Nidal Sijari regarding his support for homosexuality.

Last month, William Sigri was a guest on Rabia Al Zayyat's show 'Shul Qessa' (What's The Story), where the duo talked about William's thoughts on the gay community.

The son of the late Syrian actor claimed that what hurt him the most was social media's reaction to his thoughts and their negative and ignorant comments, such as: 'His dad was busy working he did not have the time to raise him', other users stated: 'It's a good thing his dad died so he wouldn't have to hear what his son is saying'.

Nidal's wife, Heba Mahmoud, criticized those who stand in front of the rights of actors, as no one has the right to reject people who have their own entity, even if their percentage is small.

Heba explained that she did not encourage William to be homophobic, especially since he is the son of a public figure. 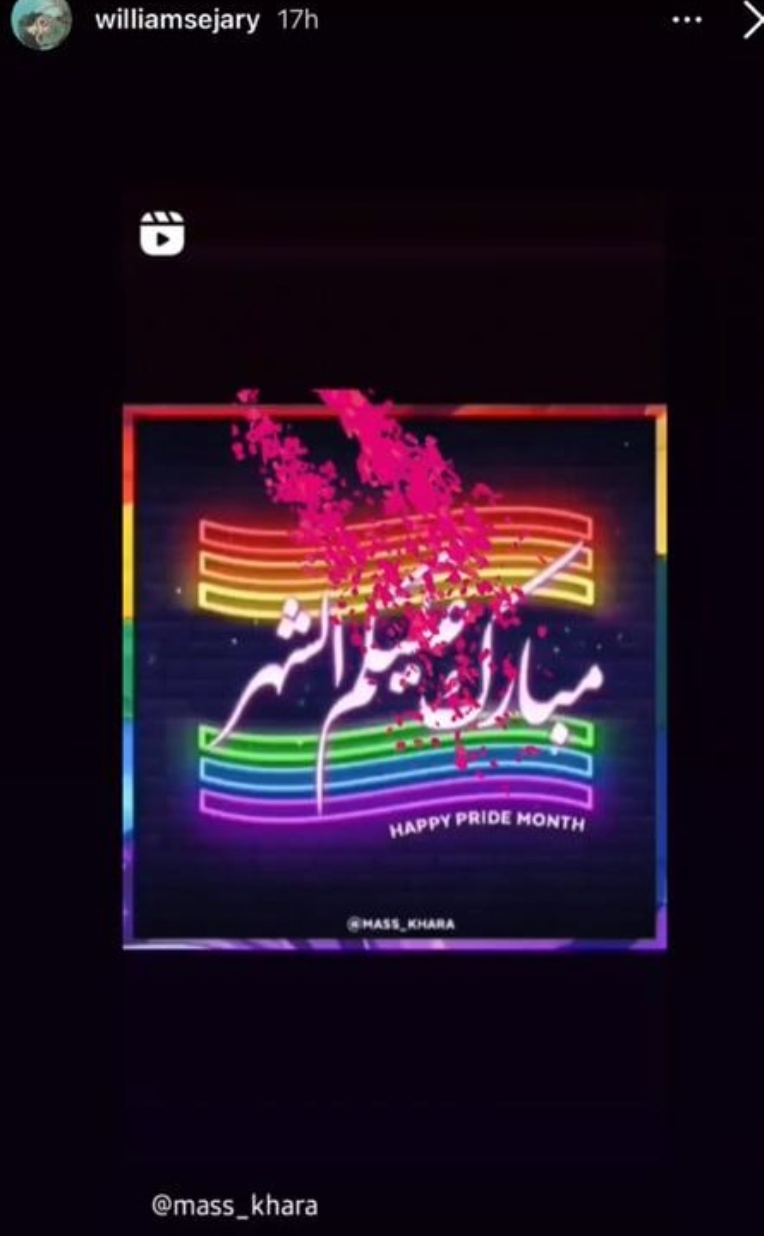 And William had previously published a post on his "Instagram Story" feature the gay slogan to celebrate their holiday, and attached it to a message saying: "Congratulations on your month."

He also shared a lengthy post about the Egyptian gay rights activist, Sarah Hegazy, who committed suicide, in which he wrote: "We remember Sarah Hegazy with pride, we remember her struggle and sacrifices so that there would be no oppression and violence tomorrow... We know that her departure was not in isolation from what I was subjected to torture, arrest, stigmatization, violence and exile at the hands of the murderous patriarchal system and the criminal Egyptian regime, and we hold them responsible and seek justice from them.” 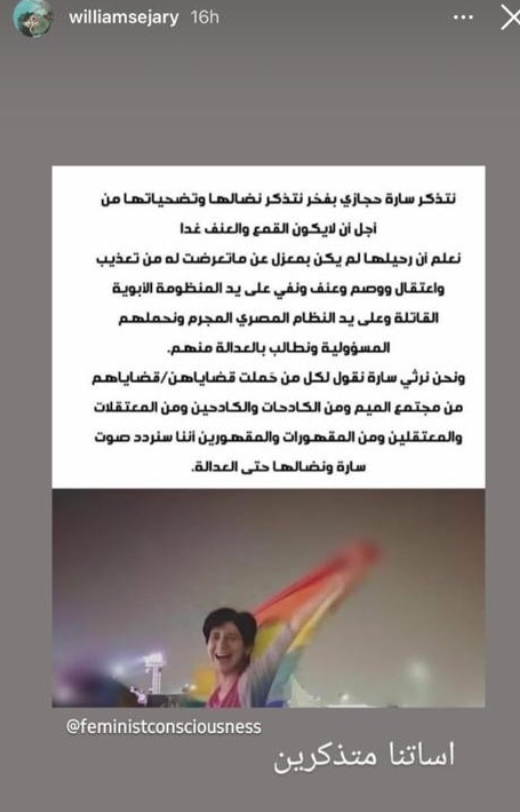 He continued, "And we mourn Sarah. We say to all those who carried their cases/cases from the LGBT community, from the toiling women, from the female detainees and detainees, from the oppressed , that we will echo Sarah's voice and her struggle until justice."

It is noteworthy that William, at the age of 16, participated as an actor with an artistic work with "UNICEF", and also participated in the short film "Tent 56" directed by Saif Sheikh Najib.