Egyptian actress who resides in Kuwait, Nour Al-Ghandour, has sparked criticism because of a video that went viral on social media, which was described as 'bold' and 'a blind immitation to the West' by followers. 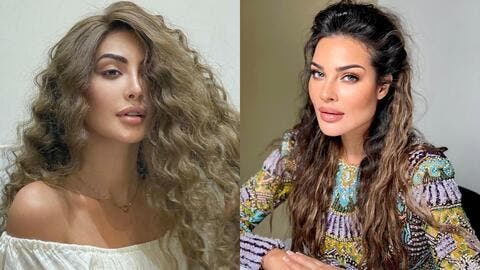 In the video, Al-Ghandour was enthusiastically dancing at her friend's wedding, when the belly dancer of the night bent over to twerk, and Nour started patting on the dancer's derrière in a move which angered the public.

Social media users left comments like: 'Why do they include a belly dancer at every wedding?', 'They imitate the West with every move.. a blind imitation and does not suits us.'

While another follower defended Nour, and wrote: 'She's free to go to the wedding and have fun.'

The Egyptian star sported a shimmering purple dress with an off-shoulder cut, and completed her evening gown with a long shawl.

Separately, Al-Ghandour's last series was Dofa'at Beirut (Beirut Batch), in which she embodied the role of Jamila and was broadcast on Shahid streaming platform. 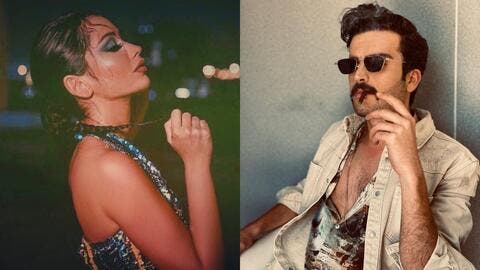 Dofa'at Beirut included different stories of a number of university students from different Arab nationalities studying together in the capital of Lebanon, Beirut, and the show was another edition of Dofa'at Al-Cahira (Cairo Batch) series.

Previously, many rumors had spread about an alleged relationship between Nour Al-Ghandour and her co-star Mohanned Al-Hamdi, following their successful shows Juman and Dofa'at Beirut and the great chemistry they had together.

Al-Ghandour was keen to deny those rumors more than once, as well as Mohanned Al-Hamdi, who later announced his engagement to Lebanese model Farah Murad.