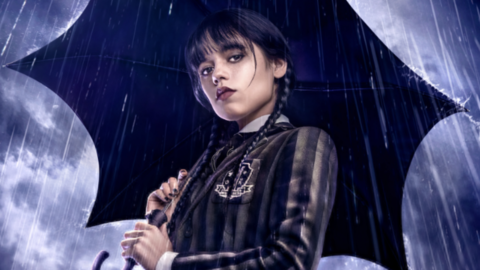 Ortega's followers grew by 10 million on her official Instagram page in just 10 days, reaching 24.1 million. The numbers began to climb shortly after the horror comedy "Wednesday" screened on Netflix.

"Wednesday" has broken a record for the most-viewed English series in the history of Netflix in a single week, in addition to ranking at number one as it got 341.23 million hours viewed during its first week.

The show is the number-one series in 83 countries worldwide, which makes it the biggest Netflix series in the English language, beating the series "Stranger Things."

In a related development, Jenna Ortega was recently described as "highly irresponsible'' and "disrespectful" when she revealed that she filmed her viral "Wednesday dance" scene while infected with COVID-19.

The actress told NME that she had the Coronavirus symptoms on the day she filmed the viral scene.

Dancing is one of my favorite things to do. Along with gravedigging, conducting autopsies, and glaring uncomfortably. pic.twitter.com/q5sHhp82Rr

She recalled: "Yeah, I woke up and – it's weird, I never get sick and when I do it's not very bad – I had the body aches, my throat was itching and was scratching the walls of my esophagus. They were giving me medicine between takes because we were waiting on the positive result."