Physically Not Possible! Newlyweds Yasmine Sabri and Ahmed Abo Hashima Confuse Us With This Picture

The audience cannot get enough of the relationship of Egyptian couple, actress Yasmine Sabri and her husband businessman Ahmed Abo Hashima, as they closely observe their activities and what they frequently post on social media.

On Saturday night, Yasmine posted a picture via Instagram Stories where she was holding her new husband's hand.

So far everything sounds normal, but when you look closely into the picture you will find that it is hard to explain, because Ahmed was holding Yasmine's hand with his left hand, but they were placing their hands on Abo Hashima's right thigh. 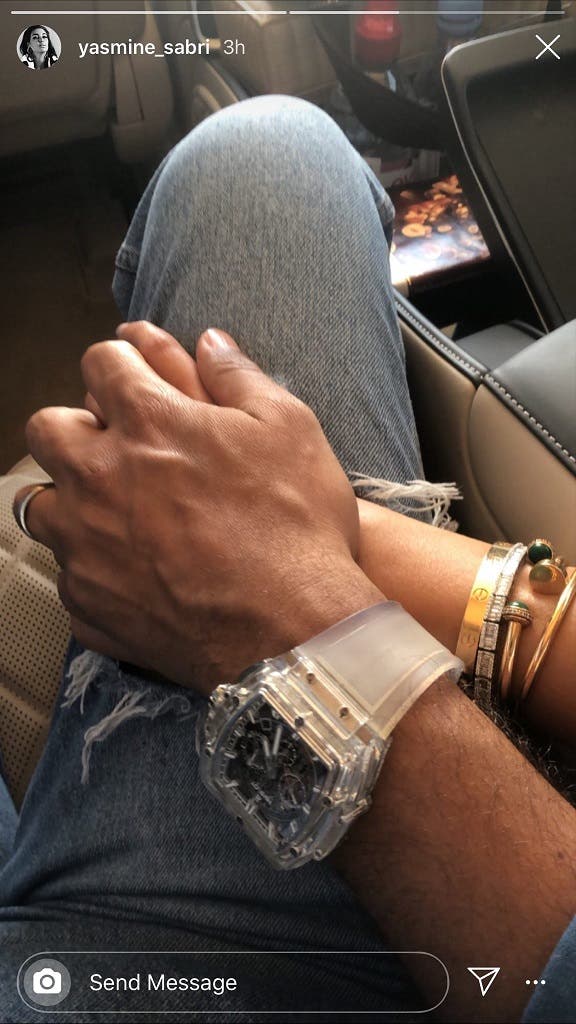 Fans clearly interacted with the image in an attempt to analyze the way it was taken, but most of them could not interpret it.

Others actually did try to take the picture in the same position in an attempt to explain it, but they also failed to do so.

Can you explain it?