It seems that linking Lebanese singer and actress's name Haifa Wehbe to her ex-husband Ahmed Abu Hashima and his new wife Yasmine Sabri has taken Haifa out of her silence and prompted her to attack the couple.

Haifa Wehbe posted an Instagram Story hinting about the couple, where she said: "Why would you include me in a story that is not mine? "The plan is a failure" Your are free to let your people help! But my life will not cover the huge scandal".

Although Haifa did not mention any names, but her comment sparked wide controversy about who was intended.

However her use of a tiger GIF was explained that she was referring to her ex husband Ahmed Abu Hashima, and what she meant by "scandal" was his sexual videos that recently went viral.

Previously, Haifa Wehbe had requested her name not to be associated with Abu Hashima's, because he gained a lot of fame through her name and she does not want him to do that again at her expense.

Furthermore, pictures of newlyweds Ahmed Abu Hashima and Yasmine Sabri were spread when they were engaged, showing Yasmine wearing a tiger-printed dress similar to the one that Haifa wore when she was with Abu Hashima. And after comparing the two A-listers by social media users, Yasmine put on a Christian Louboutin heels with a tiger print again during her wedding ceremony, as if she was sending a hidden message to Wehbe. 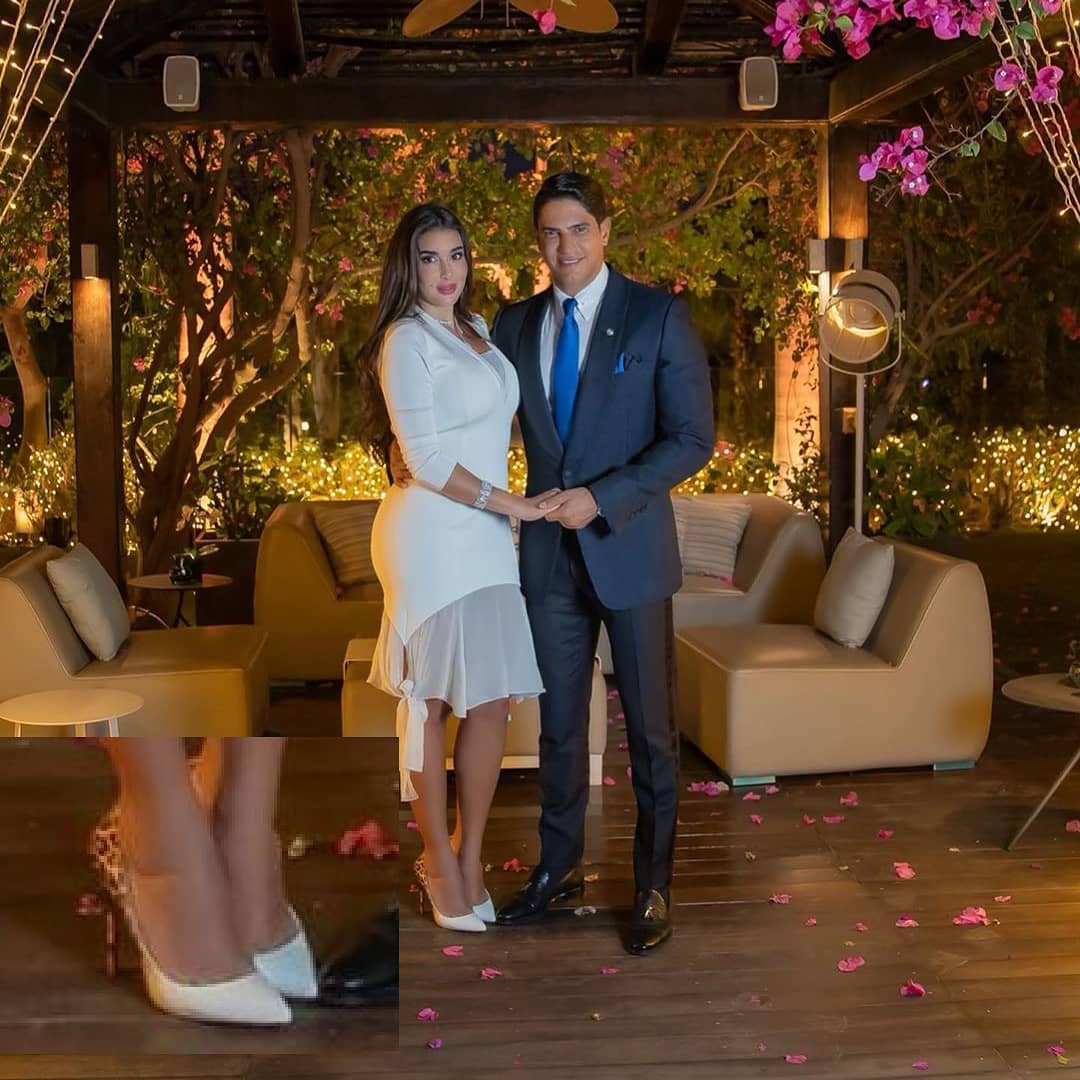