Syrian actress Heba Nour has reassured her followers of the health of Syrian veteran Antoinette Najeeb, after she visited her in the hospital where she is being treated due to her ill health.

Nour published on Instagram Stories a photo with Antoinette inside the hospital where Najeeb had been lying for days.

Heba captioned the photo, saying: "Antoinette Najeeb.. Get well soon, my love, you are my heart." 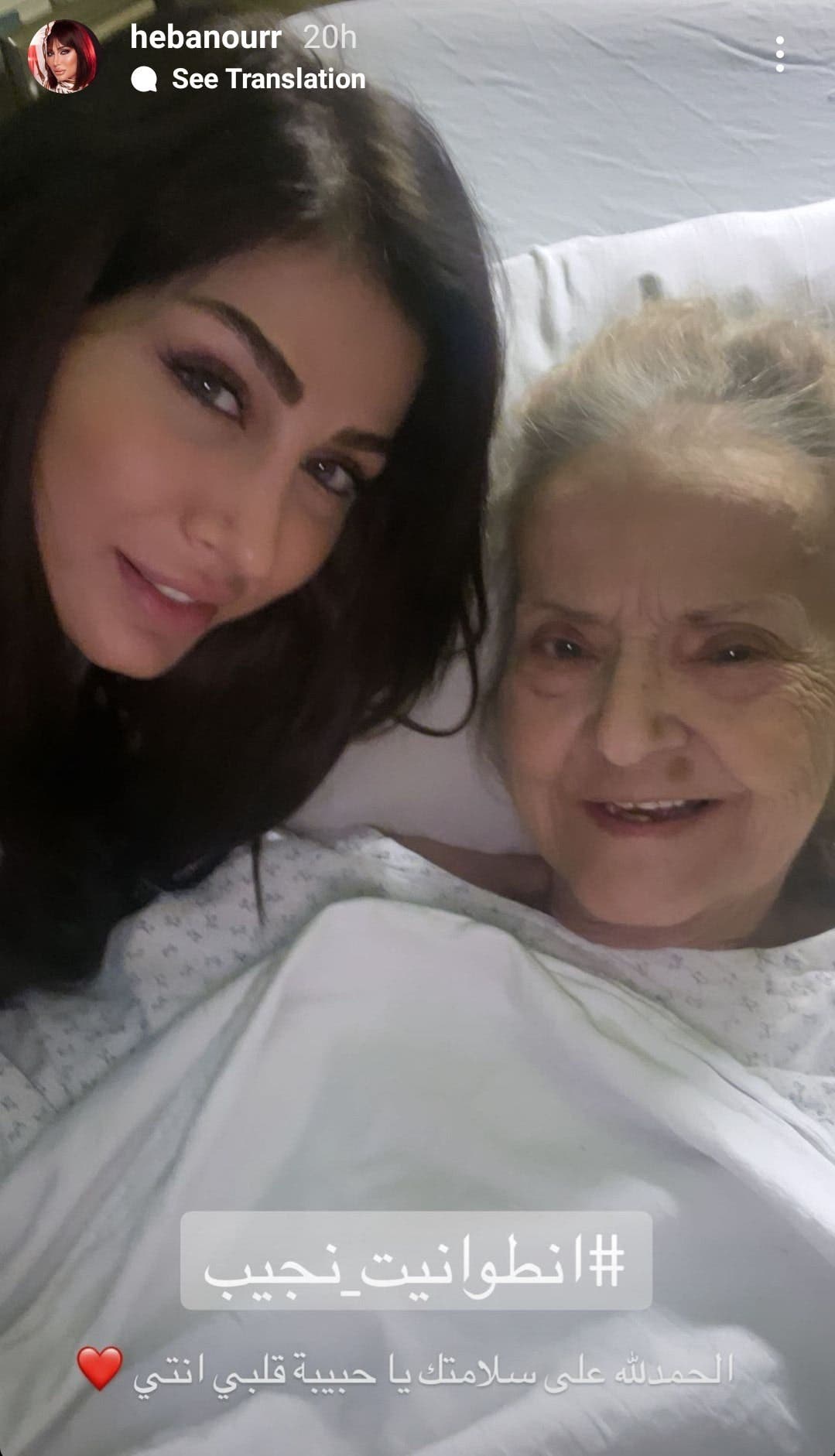 Social media users interacted with this image, wishing health for actress Antoinette Najeeb, hoping that she would overcome the health crisis that she suffered and return quickly to her audience.

Other followers also thanked Heba Nour's keenness to put an end to rumors about the deterioration of Antoinette's health and to confirm that Najeeb is in a stable condition.

Actress Antoinette Najeeb had recently suffered from a critical health condition, after which she was admitted to intensive care.

Her daughter, Samah Choueiri, revealed a few days ago that her mother suffers from effusion and fluid accumulation in the lung as a result of dialysis, which caused a high percentage of water in her body.