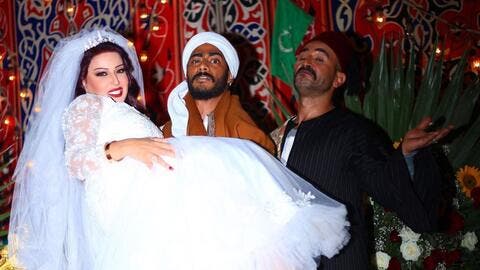 The Egyptian artist has shared footage from the wedding photoshoot on his official Facebook account as he sported a white tuxedo that matched the bride's thigh-high wedding dress.

However, Ahmed Saad's ex-wife, Egyptian artist Somaya El-Khashab, didn't let the wedding pass by without making an indirect shade to her former hubby.

El-Khashab's tweet went viral, to the point that it has become a meme.

Check out some of the followers responses to Somaya's tweet: 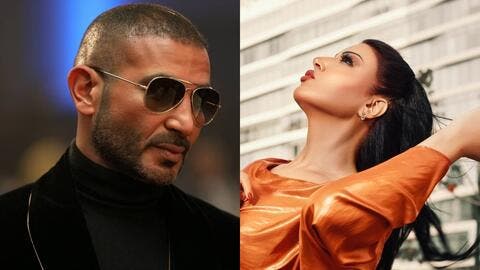