Ramez Galal Sued by This Celebrity Because of What He Did in This Episode.. Watch 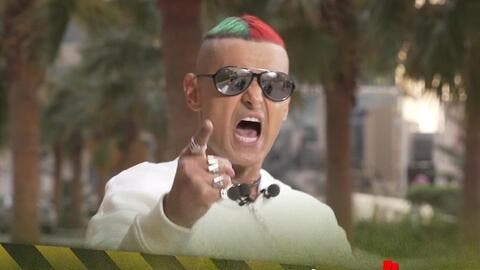 As you know Ramez, he mumbles a lot trying so hard to make viewers laugh, making him come out as needy.

And in that episode in particular, Galal made fun of Hamo Beka's shoes, and said that they look like loafers worn by Arkan Foad.

Ramez's phrase has not been welcomed by Fairouz, Arkan Foad's daughter, who considered it as an insult to her father, and she threatened Ramez Galal that she is going to sue him.

On Facebook, Fairouz wrote: 'I wish that the respectable captain of actors Ashraf Zaki, whom I love and respect very much, teachs Ramez Galal how to respect and appreciate veteran and respectable people, who have never made any mistake and no one has ever said anything about them. Mockery and absurdity of people are not jokes and they ain't funny.'

She added: 'What has happened will not be through, and we will sue Ramez Galal'.

Arkan Foad's wife, Egyptian artist Nadia Mostafa did not stay silent as well, and she harshly criticized Ramez Galal to defend her husband.

Nadia Mostafa said that Ramez has crossed all boundaries with his inappropriate sense of humor, to the point that he's now attacking people sitting at homes to make viewers laugh.