Rawan Bin Hussain: My Husband RAPED Me Before Marriage .. & I Watched Him Sending D**K Pics to Underage Girls!

The Arab world has woken up today to Rawan Bin Hussain's shocking statements, revealing many secrets about her marriage to Libyan husband Youssef Migariaf.

Rawan shared a series of stories with her 4.7 million followers on Instagram, where she told the full truth of her part of the story.

However, it looks like Bin Hussain chose to delete a very scandalous part of what happened, as one Instagram Story was deleted.

Read more: 'He Infected Me With HPV After Sleeping With Prostitutes'! Rawan Bin Hussain Is Divorcing Her Libyan Husband

The deleted story found its way back to social media, as some users took a screen shot of it.

In a now-deleted-story, Rawan wrote: "My husband is my rapist. I was going to report him to the police but his father got involved and I fell for their lies 'He will marry you when you graduate and that will make things easier.' He did marry me, I got pregnant and I was chasing after him from a country to another 'Because I thought that was a normal behavior of a normal person in a normal love relationship.' Little did I know that, it was a toxic relationship. He created a schizophrenia. I was 9 months pregnant watching my own husband send d**k pictures to underage girls." 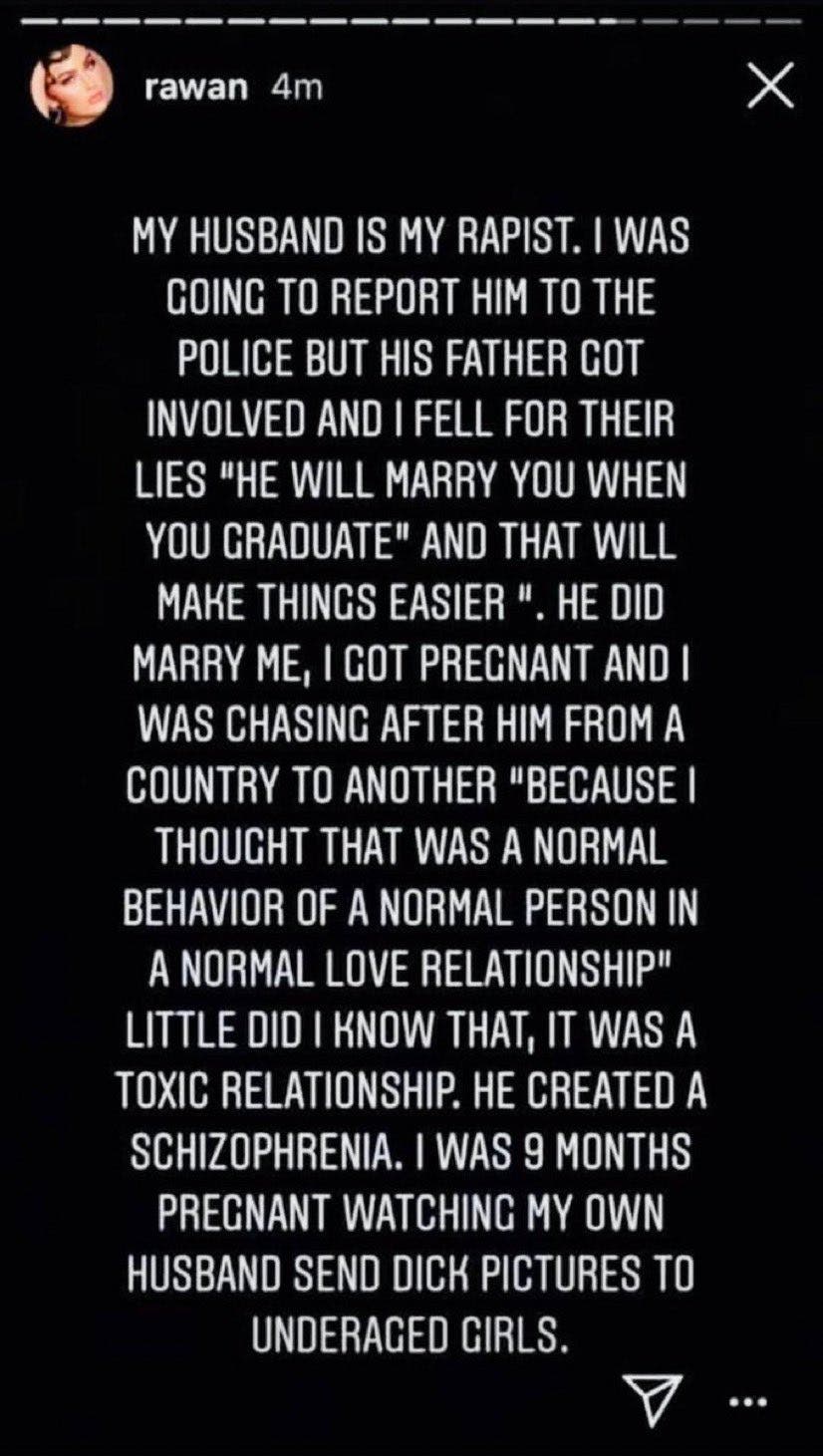