They envisaged a wedding of splendour in Jordan this spring, with scores of friends in attendance, only to delay their nuptials until October as the pandemic played havoc with their plans.

But now, in a twist which could have been scripted by his grandfather — king of the unexpected, Roald Dahl — journalist Ned Donovan and his bride, Princess Raiyah of Jordan, youngest daughter of the late King Hussein and Queen Noor of Jordan, have instead married here in England with almost no one present.

The amiable Donovan, 26-year-old son of Tessa Dahl by her second marriage to gravel-voiced boulevardier Patrick Donovan, and half-brother of writer and model Sophie Dahl, has already assumed the poise of the royal consort. 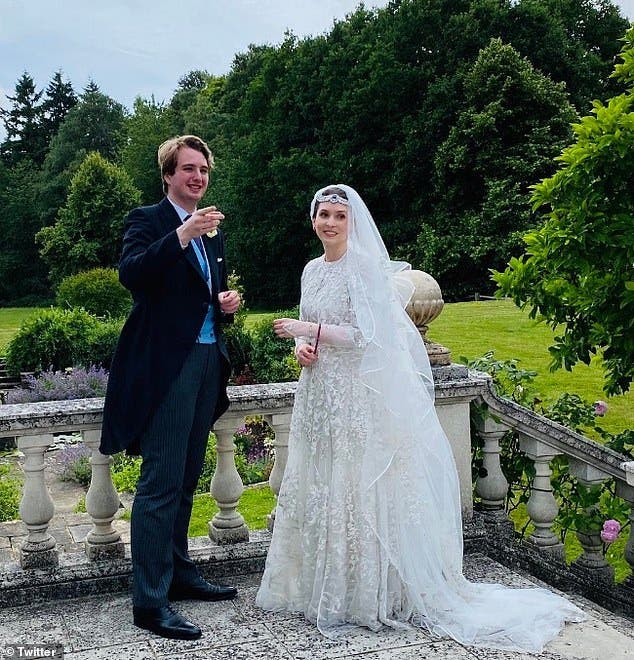 ‘Everything we’re releasing is in Raiyah’s tweets today,’ he assures me. Princess Raiyah, who was schooled at Atlantic College in Glamorgan before taking a degree in Japanese at Edinburgh University, sheds a little light on their decision.

‘While it was originally planned for April in Jordan, the pandemic derailed those plans and it was safer for my husband’s family to hold it in the UK,’ she says.

Just two photographs accompany her statement — one of them showing Ned, impeccably kitted out in morning coat and polished black Oxfords, signing the marriage certificate, while Princess Raiyah, who met Ned, eight years her junior, in India in 2018, is a picture of princessly poise in an exquisite, high-necked, long-sleeved gown with a floral lace overlay. 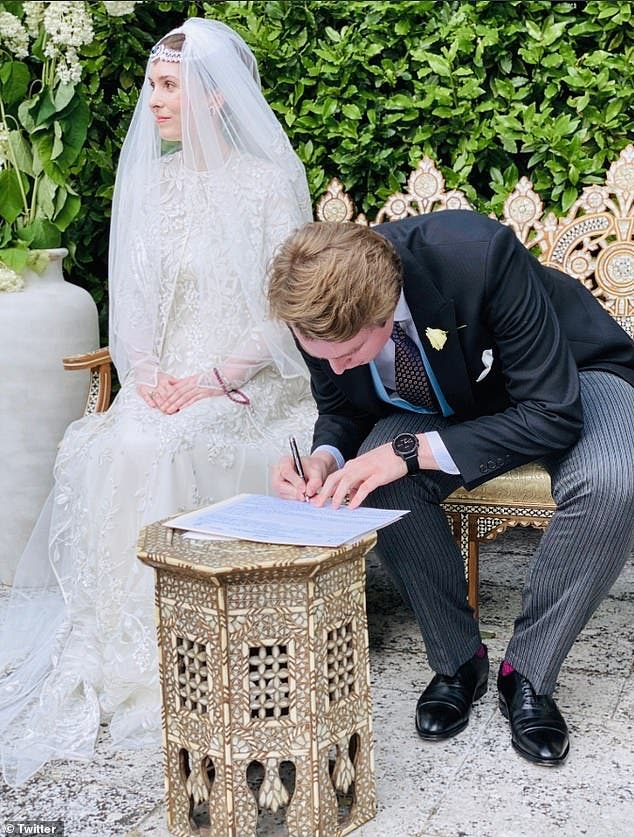 ‘God willing, we look forward to celebrating in Jordan once the situation allows,’ adds Princess Raiyah, who thanks friends ‘for all your kind messages’.

One comes from spirited young clergyman and author Fergus Butler-Gallie whose love of wine stems from when he ‘pilfered’ an Australian pudding wine from his parents’ drinks cupboard.

Let’s hope he makes the cut for the party at the Royal Palace in Amman.