The Rock Describes His Wedding as a Magical Experience 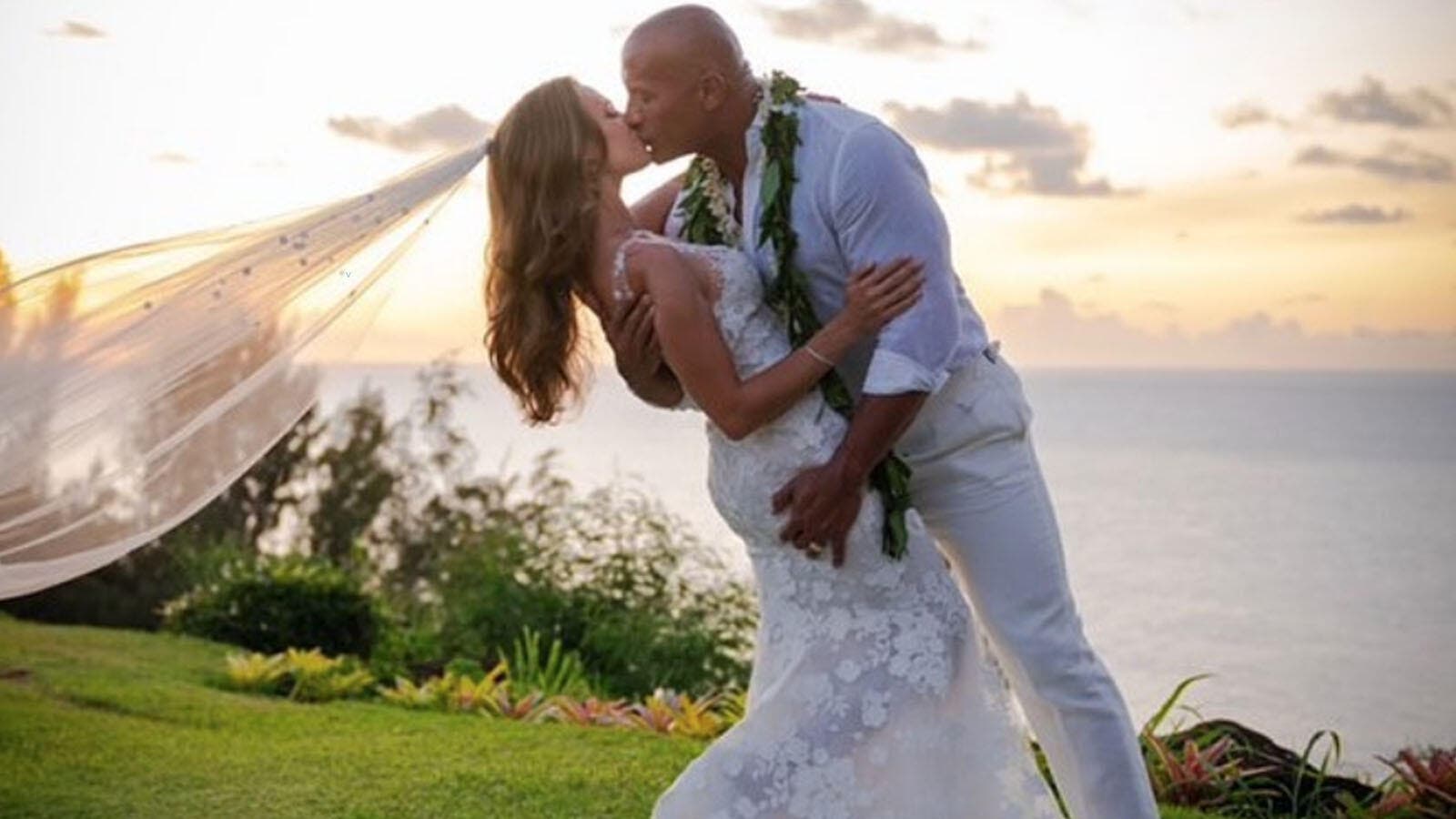 The couple have two daughters together
Highlights
Dwayne Johnson says his wedding was a "magical" experience.

The 47-year-old actor shared details about his wedding to Lauren Hashian during Tuesday's episode of The Ellen DeGeneres Show.

"We had an early morning wedding in Hawaii, on the cliffs there in Kauai. It was very private, and it was the best. It truly was the best," Johnson told host Ellen DeGeneres.

DeGeneres showed a photo from Johnson and Hashian's nuptials that was taken at around 7:45 a.m. Johnson jokingly said he wanted to get married before an 8 a.m. workout.

"We wanted to have an early morning wedding. That way, we said the vows, get it over with. Then by 10, 11 o'clock, we're hanging, we're having brunch with the family, and we had it done," he said. "And plus, in Hawaii at that time, it's a beautiful time, with us, my ancestors watching over us. It was truly a magical, magical time."

Johnson and Hashian married in August. The couple have two daughters together, 3-year-old Jasmine and 19-month-old Tiana Gia. Johnson is also parent to 18-year-old daughter Simone Alexandra with his ex-wife, Dany Garcia.

"[Jasmine and Tiana] were our flower girls at our wedding, and they were just so magical," Johnson told DeGeneres.

Johnson and Hashian attended the Los Angeles premiere of Johnson's movie Jumanji: The Next Level together Monday, along with Kevin Hart and his wife, Eniko Parrish. Johnson said on Ellen that Hart is a "complete scaredy-cat" who is terrified of animals and insects.