The granddaughter of the late Iraqi President Saddam Hussein, Hareer Hussein Kamel, has been the subject that TikTok users talk about recently.

Particularly, videos of Hareer at the gym caught users' attention, as they started circulating videos of her while working out.

On Twitter, one commentator sparked followers anger, where he wrote that he will not harass Hareer only because she's the granddaughter of a great man.

@fahad_827 wrote: 'I swear to God I am ashamed to look at her with lust because she is Saddam’s granddaughter, and her uncles are Qusay and Uday.'

Some of social media users supported @fahad_827's opinion stressing that her grandfather, the former Iraqi president, is still enjoying the love and respect of a large number of people in Iraq and the Arab world, and that she should respect that.

While others criticized the man’s comment, stressing that it is religious awareness and fear of God that prevents them from harassing girls and not the prestige of the late president and his sons. 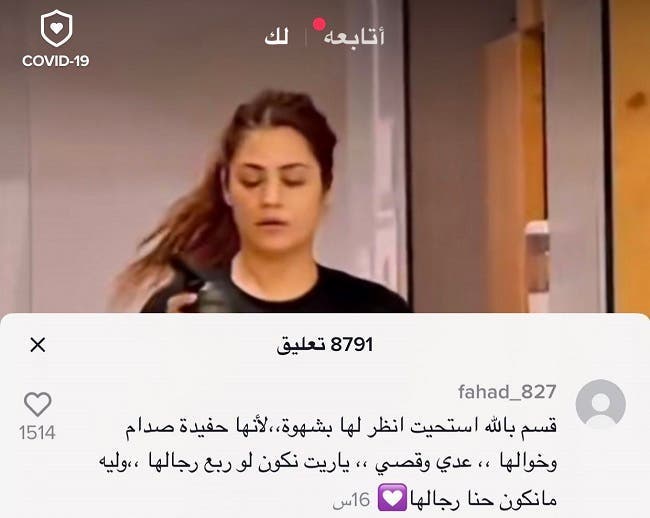