Emirati artist Ahlam Al-Shamsi has revealed the truth behind the photos circulated on social media, of a woman who is said to be Princess Hassa, the only daughter of Saudi King Salman bin Abdulaziz. 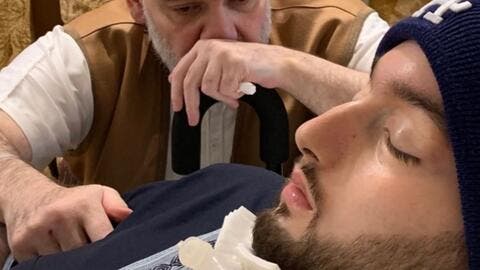 Watch the Saudi Sleeping Prince Head, Shoulder and Hand Gestures During his 15 Years in Coma

Ahlam reposted a tweet by Saudi activist, Noura Al-Shaaban, and quoted: "Of course, this picture does not belong to HRH Princess Hessa bint Salman."

As for activist Noura Al-Shaaban, she tweeted: "My highest congratulations and blessings to HRH Princess Hessa bint Salman on her wedding, may God bless her,"

"While I am honored to know Her Highness, I am still surprised that 'internet flies' continue to use my personal photos (publications and clips on social media) as they belong to Princess Hessa. This behavior must have other purposes!?"

Recently, social media has been buzzing with pictures that were said to be from the celebration held by the Saudi royal family, on the occasion of the wedding of Princess Hessa bint Salman bin Abdulaziz, the only daughter of Saudi King Salman bin Abdulaziz, but without confirmation from an official source.

According to followers, the groom is Prince Fahd bin Saad bin Abdullah bin Turki Al Saud who wedded Princess Hassa, the only Princess of King Salman among 12 Princes.

Local media reported that the wedding ceremony was held in the city of Jeddah, and those who attended it described it as an elegant ceremony that was held on an unusual night, and that each room of the royal palace that hosted the wedding, provided a different experience. 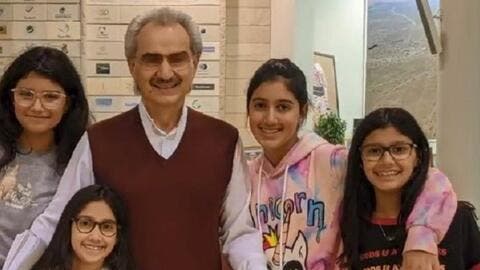 Princess Hassa is the daughter of the Saudi King from his wife, the late Princess Sultana bint Turki bin Ahmed Al-Sudairy, who died after a struggle with illness, at the age of 71.

As for alleged groom Prince Fahd, he occupied one of the most important positions in the Saudi Ministry of Interior, and he is a crime-fighting advisor, ranked fifteenth in the ministry.