Amelia Hamlin and Scott Disick end their relationship after only 11 months of dating. Hamlin was not very happy about Disick's behaviour recently where he sent a jealous DM to model Younes Bendjima about ex Kourntey Kardashian.

Hamlin, who has been dating Disick since October 2020, took to Instagram Sunday to share a snap of a white tank top that had the words “Don’t you have a girlfriend?” 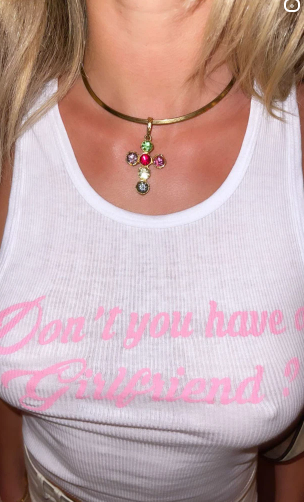 An insider revealed that Disick, 38, and Hamlin, 20, were having issues. "Scott and Amelia are going through a rocky patch, it's partly because of the Kourtney Instagram DM drama  but also just 'Scott being Scott.' They're not fully over yet, but Amelia isn't happy with him." "Everything seemed fine last weekend and then all of a sudden, they seem to be having issues," the insider added. "They are on the East Coast separately and didn't leave Los Angeles together."

Palestinians Praise The 'Great Escape', Say Will Not Submit to Israeli Collective Punishment