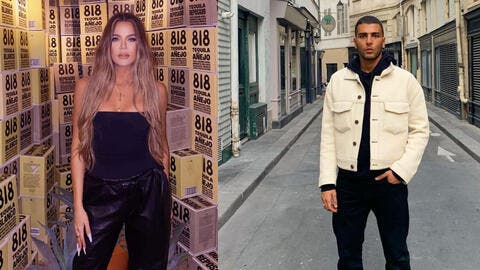 Earlier this week, Kourtney's ex-boyfriend Younes Bendjima took to Instagram to share a leaked DM he got from Scott Disick.

Scott sent the Algerian model a photo of Kourtney and her new beau Travis Barker kissing on a boat in Italy, and wrote: “Yo is this chick ok!???? Broooo like what is this. In the middle of Italy.” 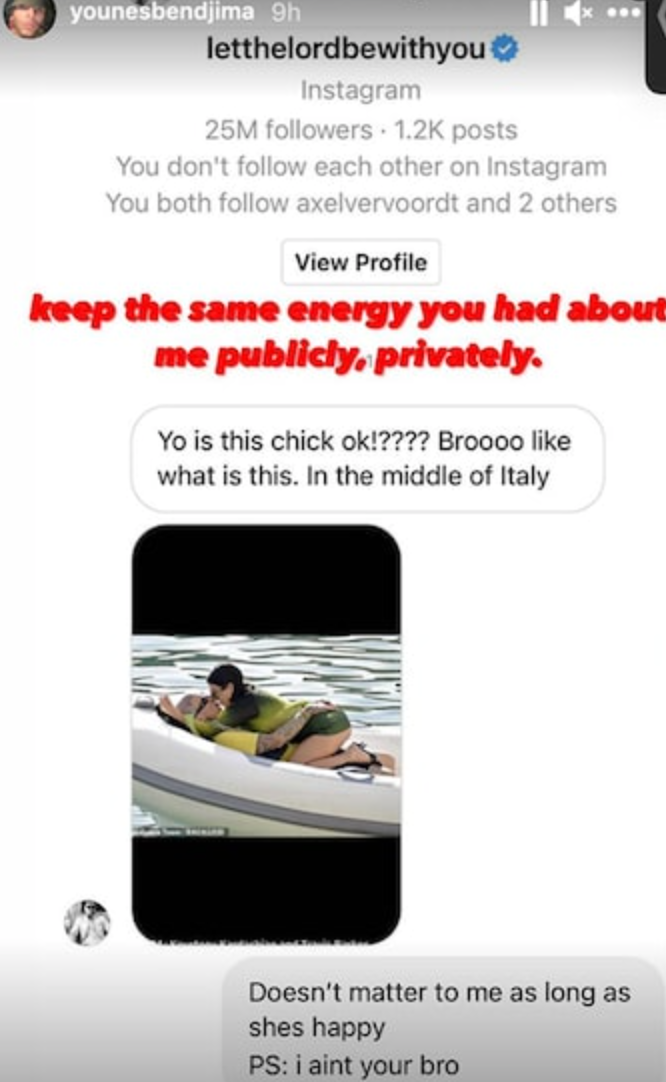 Younes replied: “Doesn’t matter to me as long as she’s happy PS: I ain’t your bro.”

Kourtney and Scott first began dating in 2006 and were in a very on-off relationship for nearly decade that was wrought with cheating. They finally called it quits in 2015.

And apparently, the Poosh founder was not happy with Scott's DM.

The mother of three is aware that Disick isn't accepting her romance with Barker, but a source revealed that ''she just wishes he would know better than to reach out to Younes of all people. Younes can never be trusted and Scott knows that."

After all this drama, Kardashian tweeted a verse from the bible which says: ''“John 15:7 If you remain in me and my words remain in you, you may ask anything you wish, and it will be done for you.” 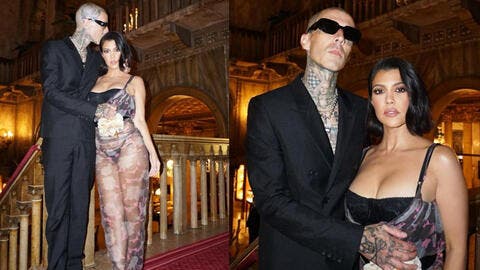 John 15:7
If you remain in me and my words
remain in you, you may ask anything you wish, and it will be done for you.

Scott's girlfriend, Amelia Gray Hamlin, also posted an Instagram Story photo that read, “Let’s be nicer to each other. We’re all trying our best.”