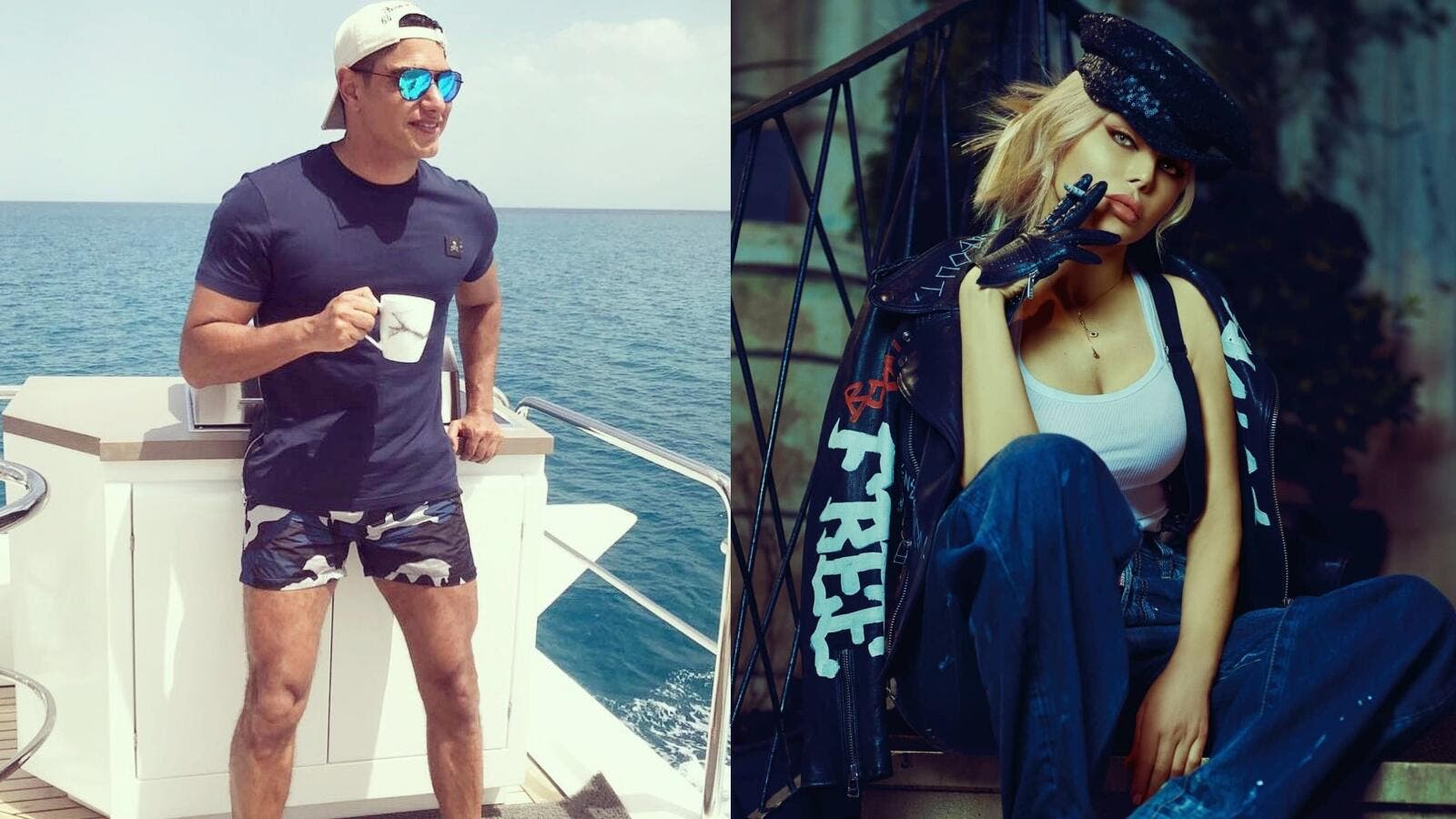 Ahmed revealed in the video that he was in a relationship with a large number of actresses (source: @ahmedabohashima & @haifawehbe Instagram)

A video of the businessman leaked showing him talking to a young woman in a controversial video call This video and others like it have been uncovered in what is now being called "the scandal of the famous businessman Abo Hashima."

Ahmed revealed in the video that he used to be in relationships with many actresses, and that he couldn't go on with any of them because they were "all awful" as he described them.

In a related development, official authorities in Egypt reported that they arrested a group of frauds that were planning to steal Ahmed's phone with the aim of falsifying videos and photos and later extorting him. The gang consisted of two men and a woman who managed to steal his sister's phone after failing to steal his.

However, the public questioned the authenticity of this news about the videos being fabricated with the aim of blackmail, because Abo Hashima appeared in the video and there is no room for forgery or tampering with it, and was heavily criticized for his negative statements about the stars.

Ahmed was married to Lebanese artist Haifa Wehbe for six years, and after the divorce, Haifa confirmed her remorse over marrying Ahmed, noting that his fame skyrocketed after their high profile divorce.