The Sexy Pose! Bassel Khayyat Posts a Topless Picture.. and Kosai Khouli Warns Him of Trolls

Syrian actor Bassel Khayyat revealed his modeling skills in the latest photos he published on Instagram.

Followers of Bassel are used to stay updated of their star's latest life updates by viewing his less daring posts.

But it looks like Khayyat broke this rule as he put his topless ribbed torso on display while standing on the beach and giving a striking look into the horizon. 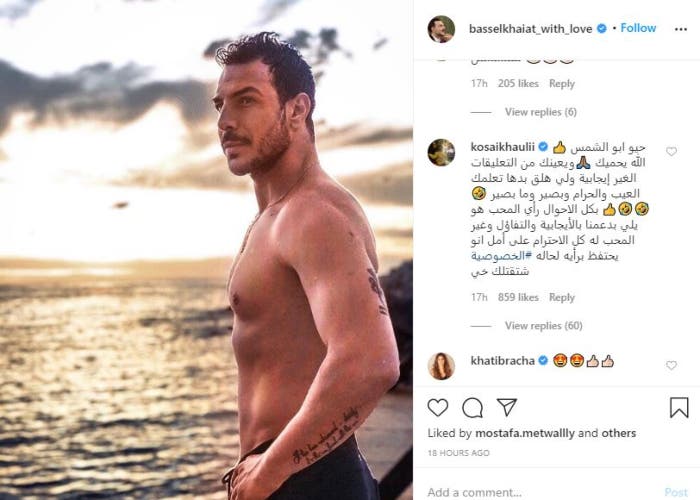 Meanwhile, fellow actor and bff Kosai Khouli got a bit worried on Bassel expecting him to be attacked by trolls.

He commented: "Hey Abu Shams! May God protect you and help you with the coming not so positive comments! OMG they will now attempt to teach you what's right and what's wrong."

Khouli continued: "Anyway, from the point of view of someone who loves you,  those who support us with positive comments and optimism, deserves all the respect, as for haters, I hope that they keep their opinion to themselves. Miss you bro."