Moroccan artist, Mariam Hussein, has raised a state of confusion among the audience because of her latest appearance with a swollen belly, through a video she posted on Snapchat. Mariam Hussein Reveals She's Getting Married.. Will She Get Back to Ex-Husband Faisal Al-Faisal?!

The Moroccan star sported the famous red costume of the Money Heist show, resembling the "Professor" gang in the series.

However, what caught the public's attention was Mariam Hussein's greatly swollen belly, with some hinting that she is pregnant with her second child, which aroused their curiosity, especially since Hussein did not speak or announce that she officially got married.

The audience interacted greatly with the video, as they left some funny comments about the way Mariam sang and danced. They wrote things like: 'I swear to God she's funny, look at the way she sings on the basis of being in the mood and such...and her dancing, no comment, like children's dance.'

'If she is pregnant and dancing, may God help the baby for all this shaking.'

While a number of the public wondered about the fact that she had returned to her first husband, Faisal Al-Faisal, especially since news had spread for a while indicating the possibility of their return. A number of social media users recalled a previous post by the Moroccan artist she published on Instagram at the beginning of this year, in which her hand appeared with a man wearing a wedding ring, without any comment. 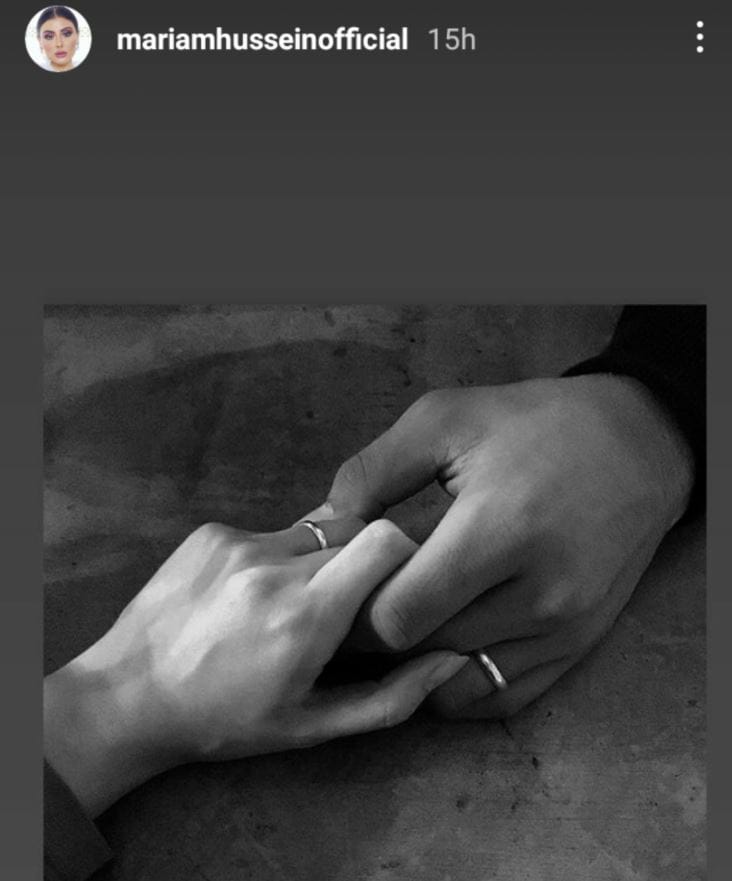 At that time, news spread confirming Mariam Hussein's marriage, and she shared the picture without any comment to indicate that she got married.