'She's a Family Wrecker'! Dorra Zarrouk Accused of Stealing Her New Husband From His Spouse & Children.. Check His Wife's Comment

According to what's being circulated, Hani Saad did not divorce his first wife, and they are only separated, and they have three children together, two daughters and a son.

Hani's first wife, whose name is Menna Hisham Hashem, made a comment to confirm that she's still married to Saad.

She wrote: "Responding to rumors, Hani and I did not get divorced." 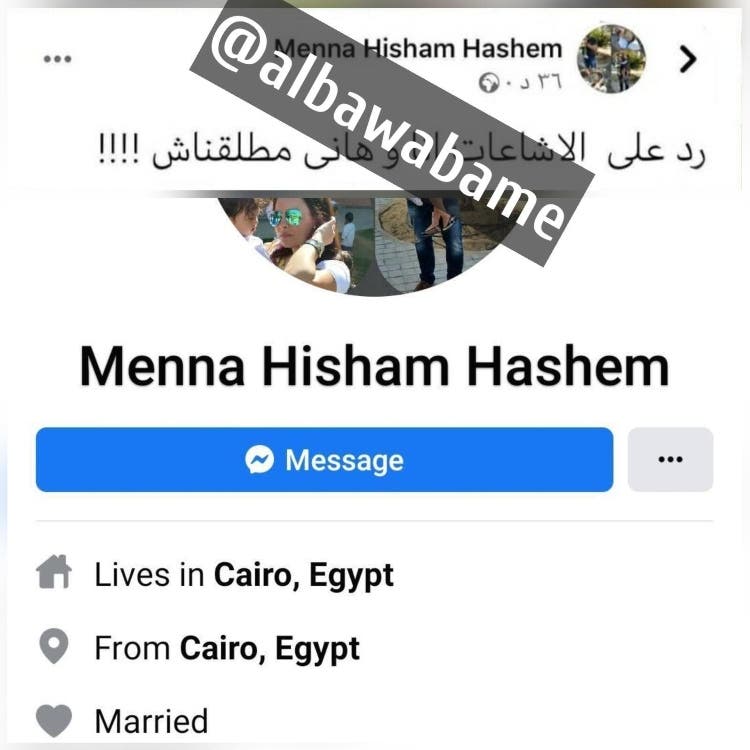 Even when checking Menna's Facebook profile, the relationship status is 'married'.

Among the comments were: "And Dorra joins the list of family wreckers", "Why do they blame her? Is he retarded or did she anesthetize him to marry her?"