Published May 22nd, 2022 - 07:15 GMT
the activist had staged the protest on behalf of the Ukrainian women
Highlights
A semi-naked woman disrupts Cannes red carpet parade

The event which took place in French Rivera city had unexpected events taking places, as while everyone was ready for taking pictures for the media, a woman who was walking up the stairs wearing a black cover around her body had other plans than just walking the carpet and posing for picture.

The woman turned around from the stairs and quickly took off the cover around her body, to show the words ' 'Stop.Raping.Us'' on her bare chest, and blood-red paint in the shape of handprints around her underwear. 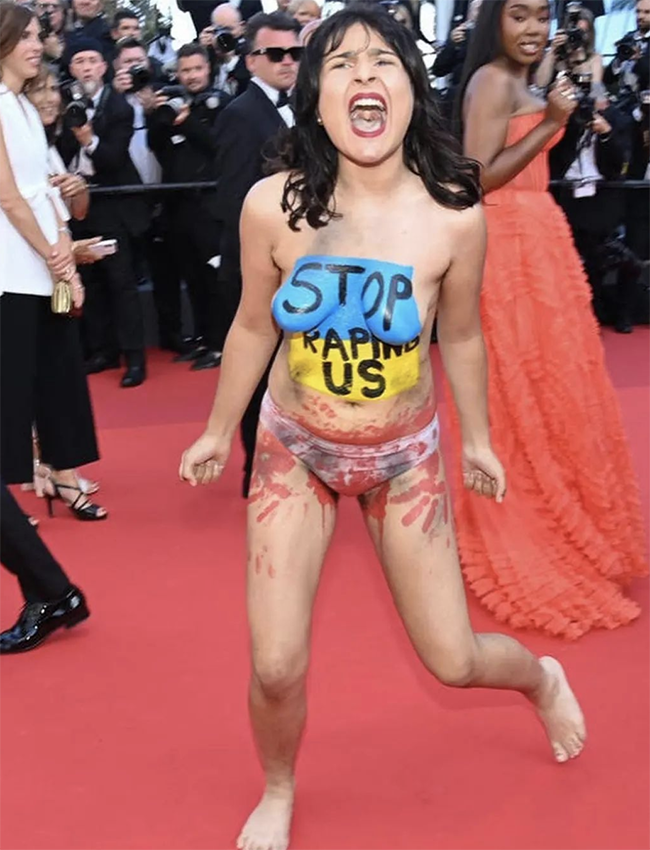 The semi-naked woman later fell to her knees screaming in front of photographers 'stop raping us', seconds after, Cannes authorities rushed over, covered her in a coat, and blocked the cameras from filming!

The brief protest took place at the world premiere of “Three Thousand Years of Longing,” with stars Idris Elba and Tilda Swinton poised to arrive and walk the famous steps of the Palais des Festivals.

Shortly after the event, it was reported that the activist had staged the protest on behalf of the Ukrainian women suffering in the war. 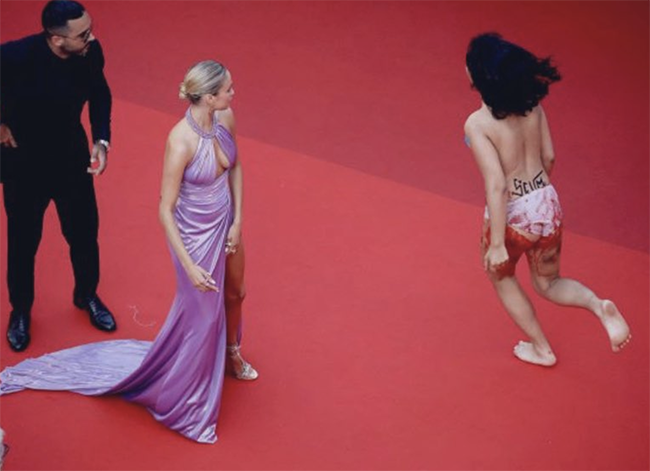 Russia’s war in Ukraine has often been in the spotlight at this year’s Cannes festival, which is screening several films from Ukrainian filmmakers.