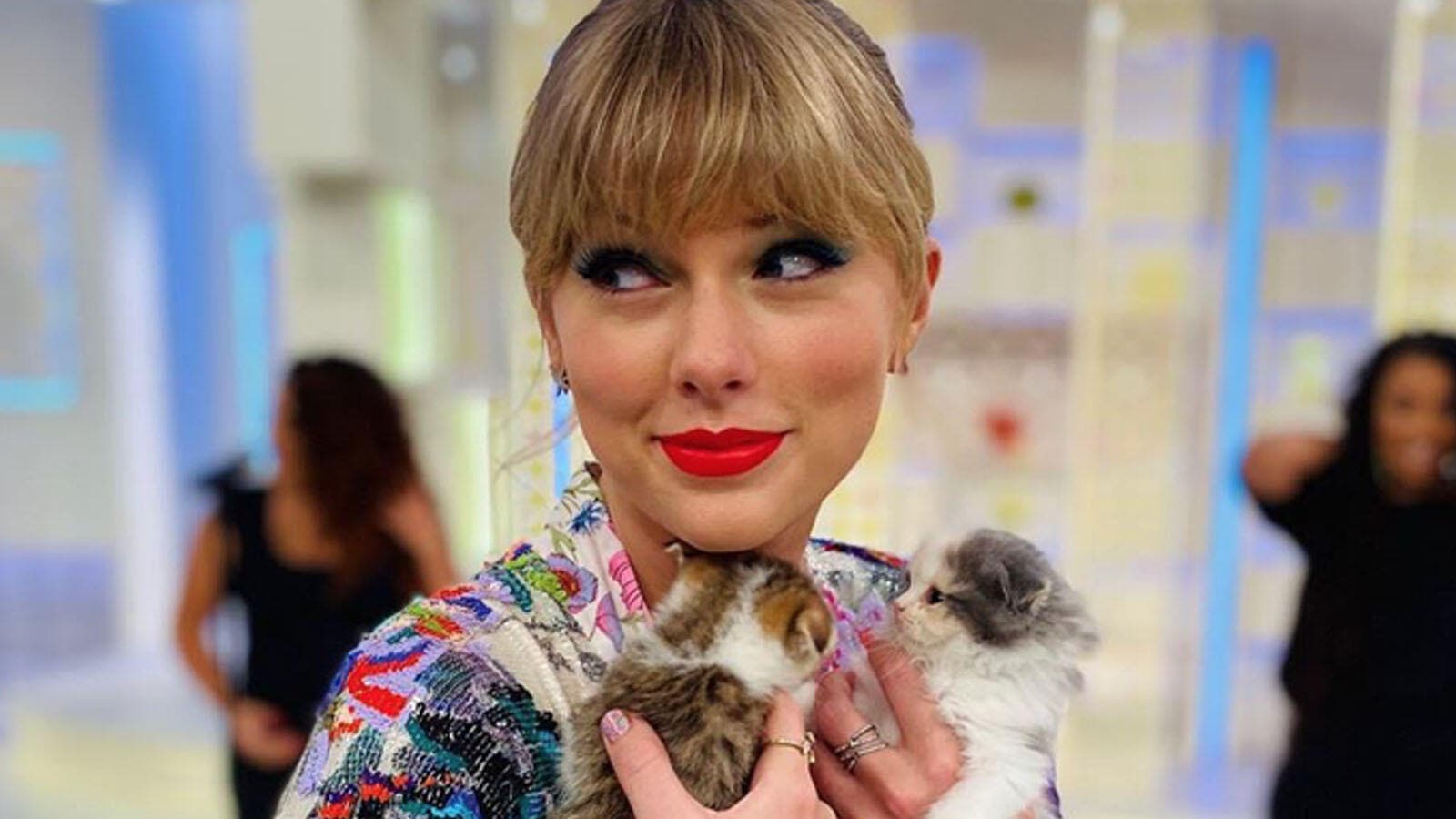 Taylor has just landed into Tokyo
Highlights
Taylor Swift wanted the world to know just how good she was looking in her glittering jumpsuit.

So she recruited her mother, Andrea Smith, to take a photo.

The pop star, 29, posed in the hallway of her hotel rocking the dazzling ensemble with head full of textured waves on Wednesday.

'S/O to all the moms whose adult daughters ask them to take a pic in a hotel hallway bc they're feeling their outfit - you're the real mvps,' she captioned the snap.

Indeed, Taylor was looking her best in the picture, which appeared to have been taken in Tokyo.

She placed a hand on her semi popped hip whilst standing tall in ankle boots.

Taylor has just landed into Tokyo, and was eager to share with her followers a few snaps from her adventures.

She took a picture from inside a tropical fish store, where she posed beside all the colorful aquariums.

'Have arrived in the land of cat cafes and eternal cuteness TOKYO HI,' she captioned the photo. 'I'm off to stare into pastel aquariums and hug all the people CAN'T WAIT TO SEE YOU GUYS LATER!'

Taylor seems to be everywhere nowadays.

In addition to appearing as a mega mentor on recent episodes of The Voice, she will be in Shanghai next week performing at Alibaba's Singles Day Countdown Gala.

Taylor will also be embarking on a festival tour dubbed Lover Fest rather than a longer world tour in promotion of her new album.

The pop star hinted the reason for her shortened tour was because of her mother, who was diagnosed with cancer in 2015.

'I've got some pretty intense things happening with my family right now,' she said in an interview with Zane Lowe.

'I can't go on a long tour that I can't go home to my family for,' the star added.