They Can Be a Meme! Saudi Actor Abdullah Al-Sadhan Poses With His 7 Carbon Copy Children! Watch

People on social media circulated a picture of Saudi artist Abdullah Al-Sadhan posing next to his seven children.

However, what received the most attention is the great resemblance between Abdullah and his 7 kids.

A number of followers confirmed that they all seemed to be a copy of each other and of their father.

Fans interacted with the photo commenting on the great resemblance, and one of the most prominent comments was: "It looks like their mother gave birth to them next to each other. The same design, they look like their father." 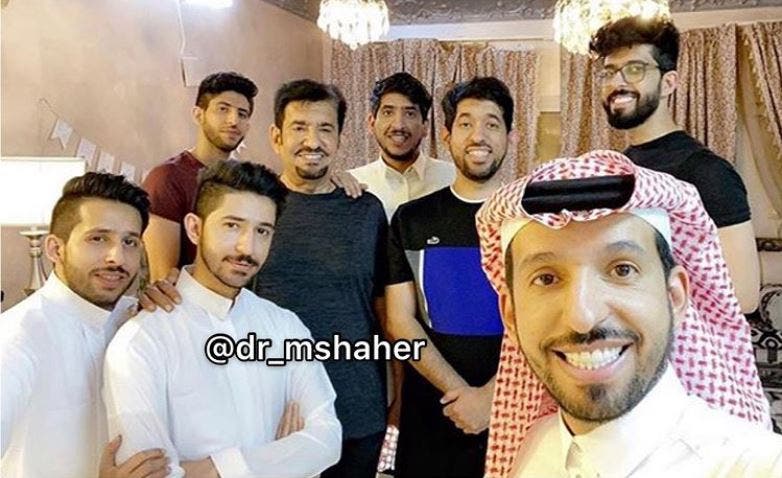 Fans also wished the artist and his family happiness and health, stressing that a large family is a blessing, especially since their age seem to be close to each other, and that increases solidarity and closeness.

According to the information circulated about the private life of the artist Abdullah Al-Sadhan, he is married to Hessa Al-Thunyan and they have 7 boys and one daughter, Turki, Walid, Muhammad, Nawaf, Rakan, Rayan, Abdel Rahman, Nada.

Earlier, social media users had shared a video of a young girl named "Miral," who said that she is the daughter of Abdullah.

With this, Al-Sadhan has 7 sons and two daughters, however he did not confirm or deny this about his family.

Is Tash ma Tash The Saudi Version of The Simpsons? Check These MIND-BLOWING Predictions That Came True!

Kuwaiti PM: IT Jobs Must Go to Kuwaitis Only

Why Oil Is No Longer A Reliable Financial Income Option