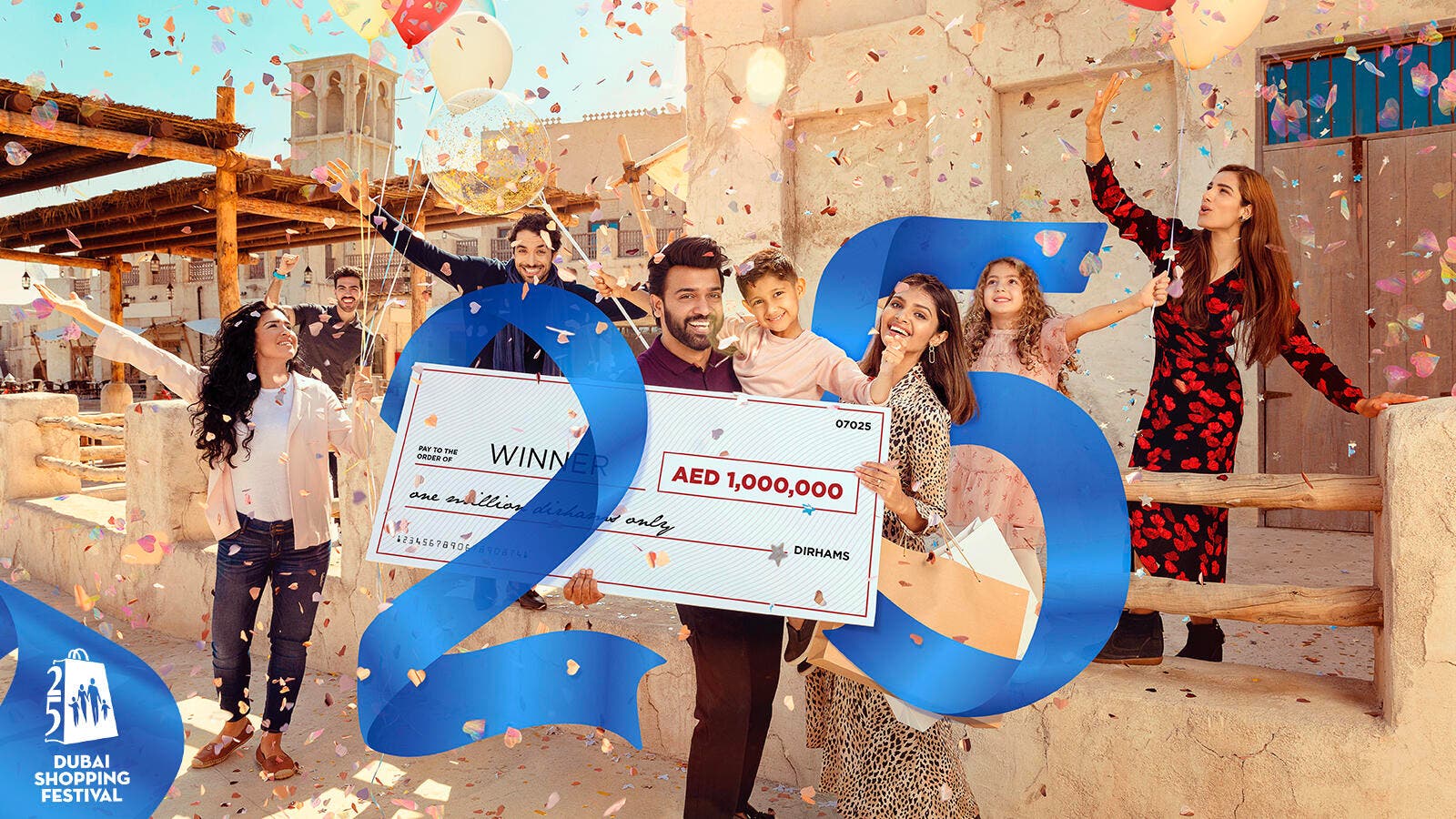 Comedy takes the wheel this weekend in Dubai. From Mo Amer’s debut and Max Amini’s witty jokes to a fresh trio at The Laughter Factory, you’re in for a hilarious time. Dubai Shopping Festival continues to spread joy through sales and raffle draws, and there’s just enough time to tuck in a movie night with friends. Plan your weekend well with this round-up of top seven things to do. Mo Amer, Nemr, Bader Saleh and Ali Al Sayed are showing us what makes Arab comics stand out from the crowd at DSF Comedy Nights. Each act is a star on the stage and screen, boasting Netflix and Showtime specials, sensational YouTube shows, sold out tours and numerous accolades between them. They arrive as part of Dubai Shopping Festival’s ongoing 25th anniversary celebrations, which is bringing the brightest of artists to the city alongside amazing deals and raffle draws. Dubai’s world-class cinemas regularly bring in the latest blockbusters, but if you’re looking for something offbeat, catch an independent film at Cinema Akil. The Alserkal Avenue-based theatre hosts intimate movie nights with fresh popcorn and toasty treats from Project Chaiwala. This weekend you can watch a screening of You Will Die At 20, a story of a prophecy that tore a family apart, or Soufra, a moving documentary about a woman who launched a catering company in a Beirut refugee camp. Enjoy the A-Z of Bollywood tunes this Friday at Dubai World Trade Centre as DSF brings some of India’s best musicians under one roof. Belt out heartfelt ballads from Aashiqui 2 with Mithoon, sing along to timeless tracks like Chaiyya Chaiyya with Sukhwinder Singh and dance to Punjabi pop with B-Praak. Singers Mohammed Irfan, Neeti Mohan, Asees Kaur and Ash King will add to the glamour with live renditions of their top songs including Bandook Meri Laila, Tere Bin and First Class.

Play time at The Junction To this weekend jam-packed with live entertainment, we say add a play. The Junction is hosting three nights of Kim Rosenstock’s Tigers Be Still to delight theatre fans. Directed by Dubai-based Gautam Goenka, the story follows a character named Sherry Wickman, who recently graduated with a masters degree in art therapy. Searching high and low for a job, she begins to give up hope when an opportunity finally knocks on her door. Unfortunately, that’s just the start of her troubles and to add to it, there’s a tiger on the loose. If DSF Comedy Nights sparks a craving for more laughter, Dubai always has something in store to satisfy you. Iranian-American Max Amini is returning to the city on 17 January with a fresh routine to entertain audiences. Get ready to giggle your socks off with his witty social commentary, cultural anecdotes and uncanny impressions. Amini is a popular act at the Comedy Store and Laugh Factory in Los Angeles, meaning his talent has been tried, tested and perfected before audiences in the know. When Khalil Gibran moved back to Beirut at the turn of the 20th century, he wouldn't have anticipated that the turbulent love story he wrote a book about would eventually turn into a play. Today, over a century later, the moving words of his autobiographical love story Broken Wings will come to life at Dubai Opera through the hard work of writers Nadim Naaman and Dana Al Fardan. Watch this story of love, duty and changing times over two days this weekend. Here is your last chance to catch January’s The Laughter Factory show before it hits refresh for the next month. International comics Stephen Grant, Matt Reed and Peter White are gracing Grand Millennium and Dukes Dubai with their versatile comedy on 16 and 17 January respectively. Cheeky, likeable and hilarious, each of these stand-up acts bring a unique flavour to the stage, upholding The Laughter Factory’s role in expanding the city’s comedy scene.