The hashtag #ElmalıDavası (Apple Case) is trending in Turkey. 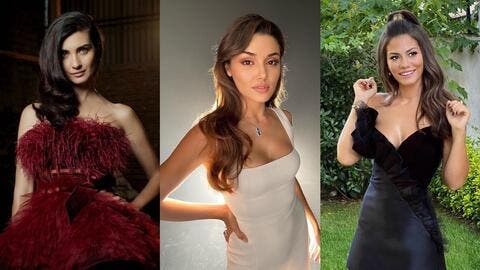 Hande Erçel Is the Most Beautiful Woman in the World Beating Tuba, Demet and 3 Other Turkish Stars!

The two suspects in Elmalı Davası (Apple Case), mother Merve A. and stepfather Rahmi A., who were arrested within the scope of investigations carried out regarding the sexual abuse of her daughter GEG (7) and her older brother İ.EG (10) in Finike district of Antalya, by Elmalı High Criminal Court.. They were released at the third trial. 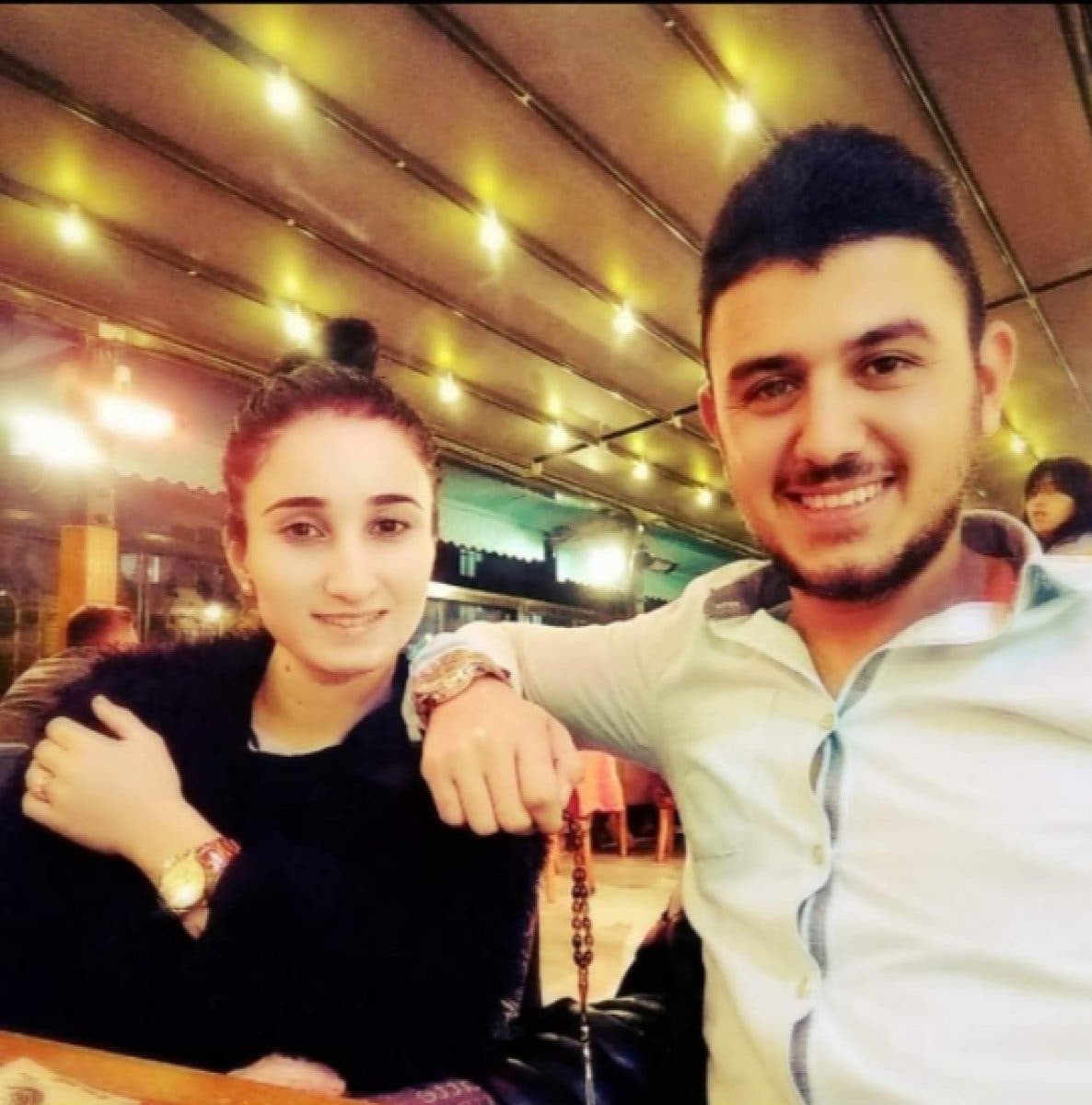 What's devastating about Elmalı Davası is that the two children were able to describe the abuse by drawing pictures that went viral on social media.

After the decision of the court, Turkey was shaken, as Turks have launched a campaign on social media under the hashtag #ElmalıDavası to support the siblings who were harassed with millions of tweets. 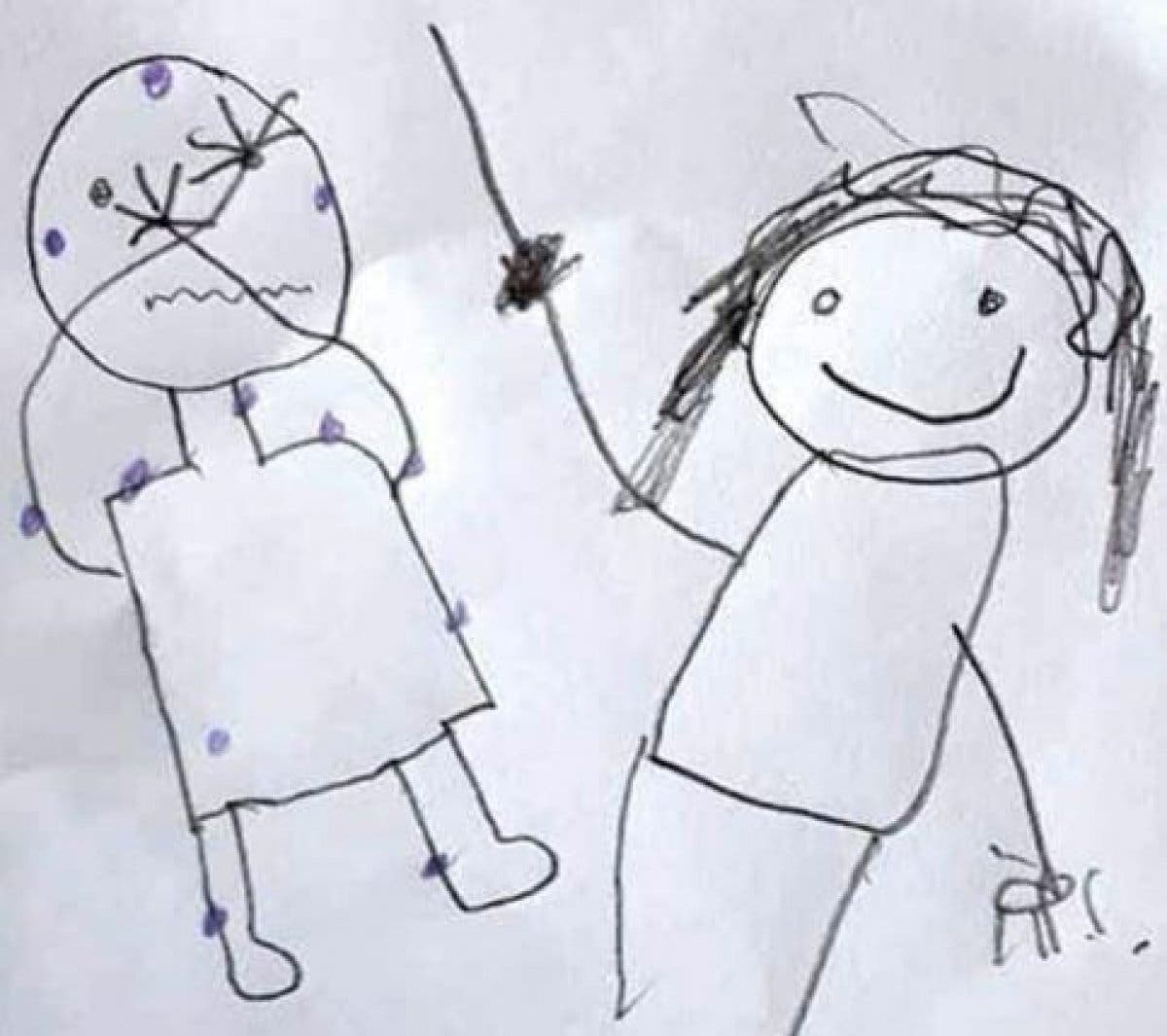 Celebrities, Super League teams and athletes also participated in the reactions to the Elmalı Case.

The sharing of Galatasaray, which tried to explain what happened to the little girl and her brother with the drawings they made in the notebook, and which made reference to the pictures included in the investigation file, reached thousands in a short time.

Here are some of the reactions from artists the Elmalı Case:

Tarkan tweeted: “The Ministry of Family and Social Services saying 'we are following the issue' does not mean much. These are the usual empty words, promises. How many unfollowed cases there is? We want you to protect our children. The authorities must take immediate action and to do this we just need anyway to avoid shame.”

“It is enough! No human child is safe in this country! Don't put your police on me; send it on the murderer, the thief, the rapist!” 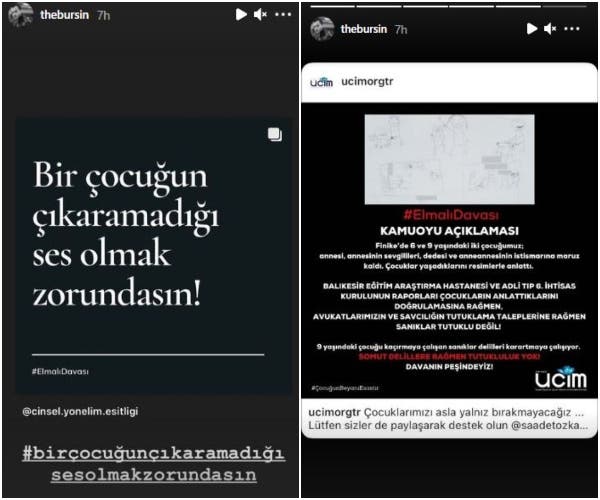 The star wrote on Instagram Stories: “Every day we are devastated by such a news, we people of Jesus. You don't even have the right to live. Get your dirty hands off children and animals!! Where is the conscience of the liberators? #almalidavasi.” 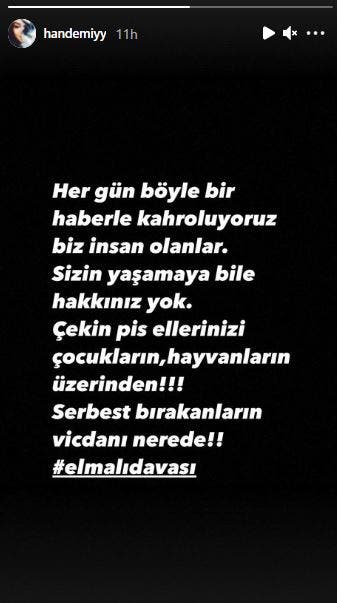 “We have said many times what was done to the children in #ElmalıDavası and presented the reports. They chose not to believe the children. The children shouted, but the defendants left the courthouse with a huge grin on their faces. We want justice.” 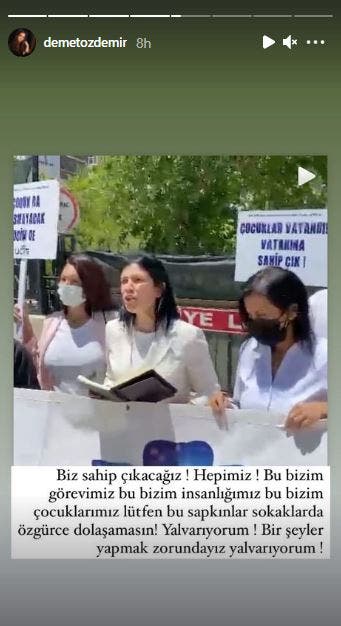