Billur Kalkavan had died at the age of 59, she was most famous for playing the role of Tuba Büyüküstün's mother (Lamis) in the series  Ihlamurlar Altında  (Sanawat Al Daya')

The late actress was suffering health problems for a while, and before her death, Kalkavan was undergoing treatment at a hospital.

It was revealed that Billur had been suffering from health problems for a while, and before her passing, she was in the hospital for treatment, and Kalkavan's friend Hamdi Alkan announced that the late star was diagnosed with cancer.

Hamdi confirmed the news of his death via Instagram and wrote, "I am very sorry ... sleep in peace, dear Billur."

Tuba Büyüküstün posted a tribute on her Instagram story in honor of the late actress Billur Kalkavan, Tuba wrote what it meant: ''If you never knew Billur Kalkavan only being close to her, you will be able to see how much of a human she was'' 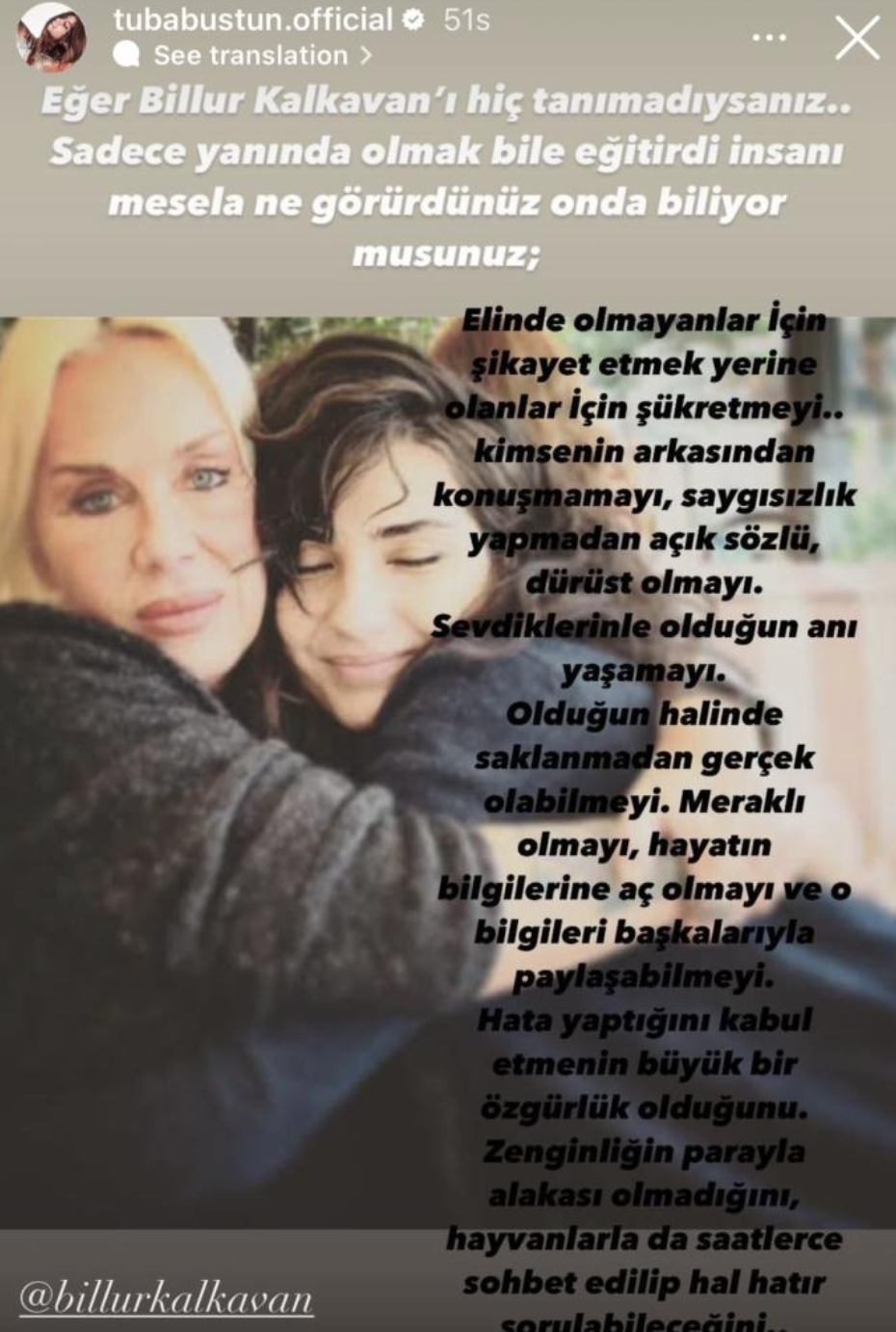 She added: ''Tuba added in her post, "To be a thankful person who never complains, who never talk about anyone behind their back, enjoy the moment with the people you love, and never be afraid to show who you really are''