Weird Much? Naya Rivera's Ex-Husband Moves in With Her Sister Nickayla

The grieving ex-husband of Naya Rivera has found solace in a friendship with the tragic Glee star's lookalike younger sister.

Actor Ryan Dorsey, 37, and 25-year old model Nickayla Rivera have been inseparable since 33-year-old Naya drowned while boating with her five-year-old son Josey on California's Lake Piru in July.

Ryan and Nickayla have now moved into a three-bedroom rented house together where they are caring for Josey, who turned five last week, with the help of Dorsey's parents.

The pair are spending every spare minute of their time together, as seen in exclusive DailyMail.com photos.

Both Ryan and Nickayla, a stunning 5ft 11in fashion model and social influencer who bears a striking resemblance to her actress sister, posted emotional tributes to Naya on social media after her shocking death. Since the tragedy, they have been leaning heavily on each other for support and comfort.

On September 6, Nickayla was seen helping Ryan begin moving his belongings from his previous home in North Hills, in L.A.'s San Fernando Valley, to a new rented home where the pair are both living 30 minutes away. 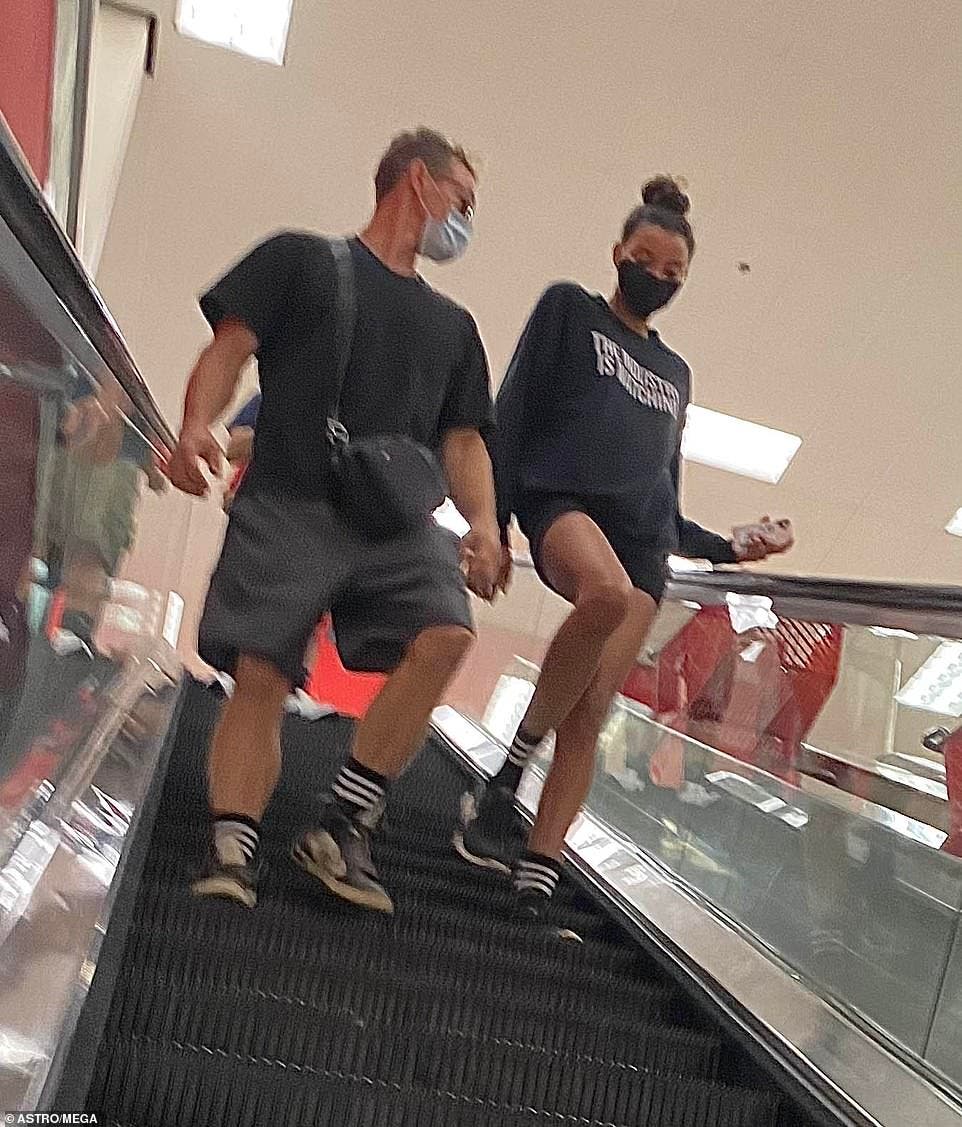 At one point, Ryan stripped off his black t-shirt in the sweltering heat to reveal his ripped torso, while Nickayla showed off her stunning physique in black sweat pants and a black New York motif crop top. She wore her long dark hair in a tight bun.

Two days later, the pair spent two hours loading his furniture from his old home into a rented yellow moving truck, which Ryan drove to the new house, which has a pool and costs nearly $5,000-a-month to rent.

The following day on September 9,  the pair were seen helping each other with yard work and chatting happily.

Nickayla wore jeans and a white top tied to expose her taut midriff while Ryan wore green shorts and t-shirts. Josey was playing in the yard while the pair kept a protective eye on him.

It seems whenever the pair has been spotted of late, they are always together. It appears they barely leave home without each other for company. 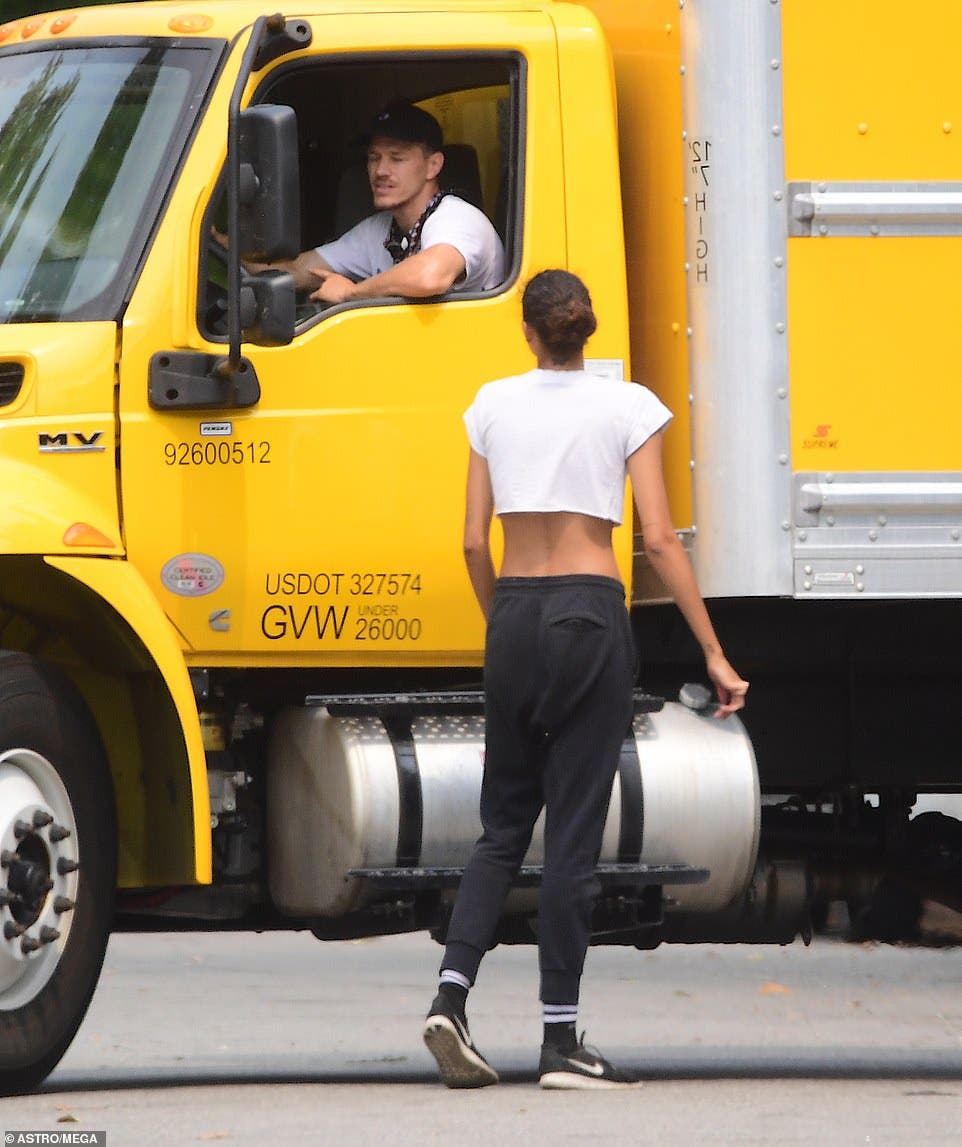 On September 19, the pair playfully held hands as they shopped in a local Target store.

Ryan pushed the shopping cart and Nickayla jokingly pushed him away with her shoulder as they perused the aisles while animatedly laughing and chatting.

'They seem really comfortable together and are obviously helping each other through a very difficult period in both their lives,' said an eye witness who spotted the pair in Target. 'They were fooling around and chatting the whole time. They're obviously helping lift each other's spirits.'

Naya was reported missing on July 8 after Josey was found drifting and asleep in a rented pontoon boat.

Her lifeless body was found floating in the lake, known for rip currents and having cold, deep water, five days after she disappeared.

The sheriff reported that she was most likely trapped in vegetation underwater. Her death was officially ruled an accidental drowning.

Josey told police that he and his mother went swimming, and that while she was able to push him back up on the deck of the boat, she never resurfaced.

Dorsey later posted a heartbreaking tribute to the actress on Instagram.

'This is so unfair...there's not enough words to express the hole left in everyone's hearts,' he wrote.

'I can't believe this is life now. I don't know if I'll ever believe it. You were just here.'

He added: 'Life is all about good times and bad times but with Josey it makes the bad a little less so because a part of you will always be with us. He'll never forget where he came from. We miss you. We will always love you.'

Nickayla also posted a tribute to her older saying, saying: 'Side by side or miles apart, our connection is infinite. Our bond is unbreakable. We were complete opposites, yet simultaneously the same. The yin to my yang. I never knew that by losing you, I would find so much of you in myself.' 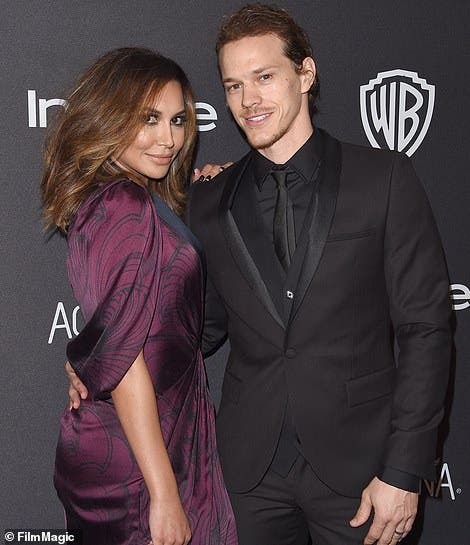 She added: I've never known a life without you in it & still can't imagine it. My world is turned upside down. But through it all, everything we were, we are still. I'll always look at you with the same eyes as I did when I was young. My shmaya, I'll love you for eternity & miss you every second of my life.'

Naya shot to fame and critical acclaim playing openly gay cheerleader Santana Lopez on the hit Fox series from 2009 until 2015.

She called her young son 'my greatest success, and I will never do any better than him' in her 2016 memoir 'Sorry Not Sorry.'

The couple divorced in 2018, after Rivera had earlier applied to end the marriage in 2016 but the couple had initially reconciled.

Dorsey, also an actor, has appeared on shows including Ray Donavan and Justified.

Nickayla has 78,000 Instagram followers and is currently signed to top modeling agencies Photogenics in Los Angeles and Wilhelmina in New York, following in the footsteps of her mother who moved to Los Angeles to pursue a career as a model.

Nickayla is friends with some of the most famous faces in the business.

She previously shared a photo to social media with fellow models Chrissy Teigen and Chanel Iman, which can be seen via her Instagram account.

Naya's autopsy confirmed that the actress died by drowning and there were no signs drugs or alcohol played a role in her death.  The manner of her death was listed as an accident.

The Glee star's body was recovered from the northeast portion of Lake Piru, located 50 miles north of Los Angeles, days after she went missing on July 8 while boating with her son.

The actress grew up 20 miles from the lake and was familiar with it, police sources said. She thought of it as her 'sanctuary', despite it being known for rip currents and icy waters that can overpower swimmers.

With almost zero visibility, human divers were resorting to searching by feel to recover the actress.

Her Glee cast mates, Ryan and her parents were all seen at the shores of the lake to pay tribute to the late star. 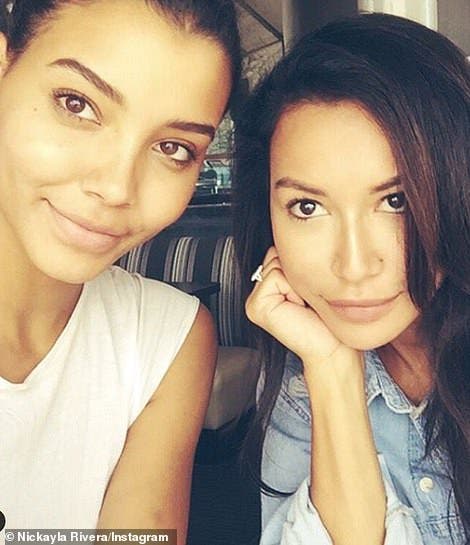 The Saudi Umrah Season is Gaining Speed as 650,000 Permits Issued Via App