'We'll Be Back'! Is Amr Diab Hinting Getting Back Together With Dina El-Sherbiny?

Egyptian artist, Amr Diab, has caused a frenzy on social media as soon as he commented with one word to one of the attendees during a concert he held in the North Coast, about the possibility of getting back together with ex girlfriend, Egyptian actress Dina El-Sherbiny. 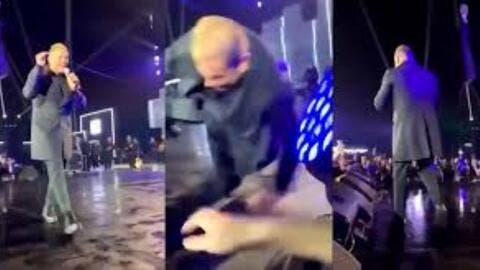 After Amr Diab sang Burj El-Hout (Pisces Sign) in the concert, the song he previously dedicated to ex Dina El-Sherbiny, one attendee seem to have asked Diab if he and Dina would get back together.

Amr responded to the fan with "We will get back together" and repeated it twice, which was considered by the attendees as a sign of a near reconciliation between the two.

A number of social media followers commented that Amr Diab's comment acted as a prelude to his return to Dina after their separation without declared reasons, while others suggested that what Diab said was a passing word and nothing more.

Amr Diab and Dina El-Sherbiny had separated at the end of last year, according to the statements the duo made on a number of TV shows, but both remained silent after the separation and did not reveal the reasons that led to the end of their relationship. 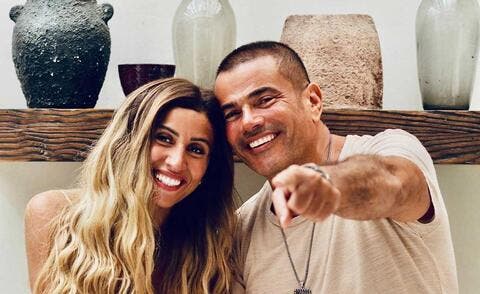 The love story of Dina El-Sherbiny and Amr Diab was the talk of social media since the beginning; As Dina El-Sherbiny used to share her moments with Amr Diab, and the latter also dedicated some songs to Dina such as Burj El-Hout and Amaken El-Sahar, where she also took part in its music video as a model.

Dina El-Sherbiny had refused to answer a question from some journalists about the possibility of getting back together with Amr Diab again, while attending the special screening of her latest movie Al-Baa'd La Yazhab L Al-Ma'zoun Maratayen.

It is reported that a source close to El-Sherbiny had stated that the artist had permanently turned the page of Amr Diab from her life.