What Happened to Your Face?! Maya Diab Shocks Followers With Her Masculine Features (Video) 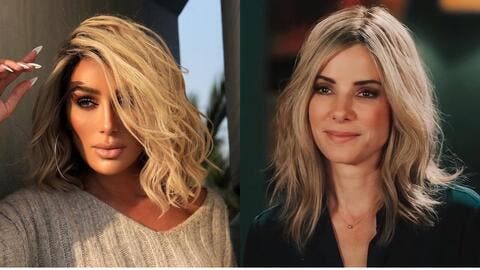 The Lebanese star also promoted the new music on Spotify via #60SecondConcert challenge.

Unluckily, followers focus was not on the new music and went to another direction, to Maya's unrecognizable features.

A group of followers said that Maya's lips looked more swollen, as did her cheeks. They also commented on the way she spoke, pointing that the way she moved her lips changed due to excessive plastic surgeries.

Meanwhile, another set of followers commented that the artist had undergone plastic surgeries that completely changed her features in recent years, pointing out that she did not need them in this exaggerated image, considering also that the Lebanese star's hair color was not suitable for her in the latest appearance.

Followers commented on Twitter under the hashtag #MayaDiab: 'Where is Maya Diab?? This is Diab disguised in Maya's picture.' 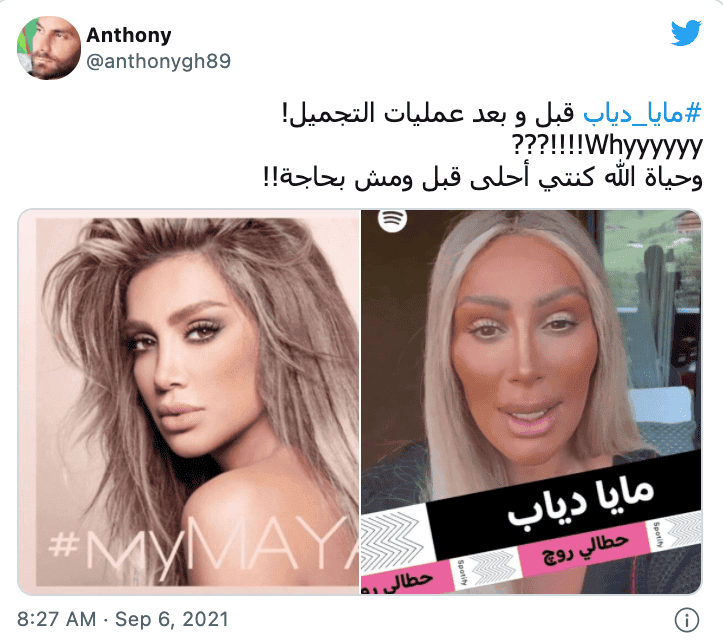 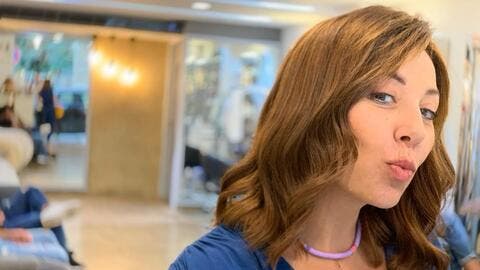 Another user commented: 'She was Maya Diab then she became Diab Maya! She reached a stage of obsession.'

On the other hand, Maya's fans denounced the exaggerated observing to the star's features by some followers every time she appears, and they defended their favorite artist by saying that Maya is completely satisfied with her looks. They also said that the artist came out to talk about her latest songs and not to seek opinions about her appearance.

Maya Diab is among the stars whose features have changed in recent years, as a result of plastic surgeries and aging, as seen by followers, although she previously stated in a television interview with Mahira Abdel Aziz: “I am not obsessed with plastic surgeries,” explaining that she did not undergo many surgeries, which is contrary to is rumored that she reached a point of addiction.