Who Angered the Diva? Haifa Wehbe Gets Furious During Mexico Concert & Elissa Shows Some Love (Video)

During her recent concert in Mexico, Lebanese singer Haifa Wehbe put her curves on display with a mini dress attached to a dramatic tail that hugged her figure, crafted by Lebanese designer Nicolas Jebran. 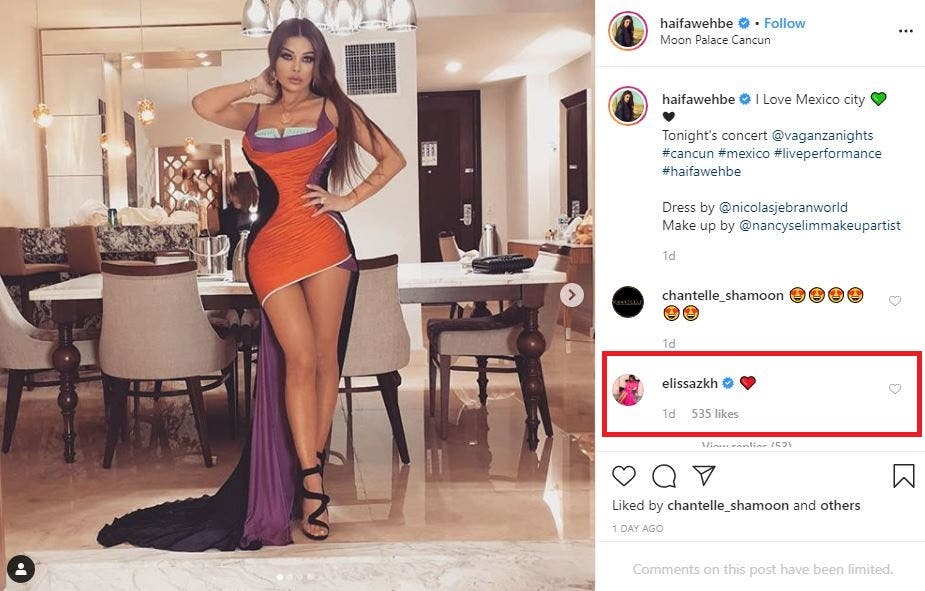 Not everything was sparkly in Haifa's night though, as her band struggled with some technical malfunctions that cause the diva to get angry and scream at the concert organizers.

From a video posted by one of Haifa's fan pages, "Jennifer Wehbe," it appeared that Wehbe was unable to hear her own voice because of the loud band and low mic volume.