Kanye West is apologizing to his ex-wife, Kim Kardashian, for "any stress" he's caused since their split. 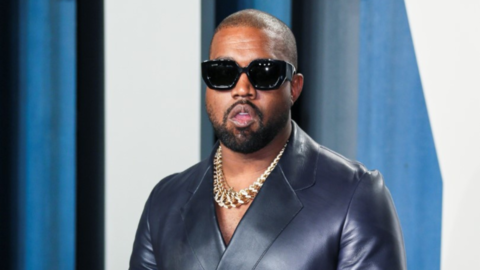 Kanye West Reveals He Has Never Read a Single Book

The 45-year-old rapper and fashion designer discussed Kardashian, 41, and their children in an interview with ABC News that aired Thursday on Good Morning America.

West said he has "new respect" for Kardashian, who filed for divorce in February 2021 after nearly seven years of marriage.

.@kanyewest apologizes to Kim Kardashian and opens up about co-parenting challenges in a one-on-one interview with @linseydavis. https://t.co/01n4ZeCZXy pic.twitter.com/jQ7LuYQSav

"This is the mother of my children, and I apologize for any stress that I have caused, even in my frustration, because God calls me to be stronger," the star said. "I need this person to be less stressed and of best sound mind and as calm as possible to be able to raise those children at the end of the day."

West and Kardashian have four children, daughters North, 9, and Chicago, 4, and sons Saint, 6, and Psalm, 3.

When asked if he feels he has a voice in co-parenting his kids, West said he does but had "to fight for it."

"As a dad and as a Christian. And I have a right to have a voice on what my kids are wearing, what they're watching, what they're eating," he added. "I have a platform where I get to say what so many dads can't say out loud."

In addition, West said he "absolutely" wants his children to attend Donda Academy, the "gospel school" he created and named after his late mother, Donda West, and has "to fight" for it.

"I'm their dad. It has to be co-parenting. It's not up to only the woman. Like, men have a choice also. Men's voices matter," he added.

Donda Academy is located in Simi Valley, Calif. West said the school gives "kids practical tools that they need in a world post the iPhone being created" and presently has an enrollment of 82 students.

Kardashian, her mom, Kris Jenner, and her sister Kylie Jenner appeared on Wednesday's episode of The Late Late Show with James Corden, where they appeared in "The Targashians," a skit spoofing House of the Dragon.