Channing Tatum and Zoë Kravitz Are Closer Than We Think

Among the stars who looked special that evening was actress and model Zoë Kravitz.

Kravitz showed off her toned body in a sheer, crystal Saint Laurent by Anthony Vaccarello dress with a matching silver thong underneath, the star kept her makeup simple and natural-looking, and her hair was swept into an updo.

Tatum also looked damper in a tux and a buzzcut hairdo.

.@ZoeKravitz shines on the #MetGala red carpet (literally) in @YSL.
See every red carpet from the 2021 Met Gala: https://t.co/pB2SuY090I pic.twitter.com/7xIPJoZTS5

The rumoured couple arrived separately at the 2021 Met Gala, however, they have been seen frequently hanging out together over the past few months in NYC.

This was Channing's first Met, and it is rumoured that he was Zoë's plus one! Despite not walking the red carpet as a couple, the pair were seen leaving the event together heading for the after-party which they were also seen exiting from at 6 in the morning together. 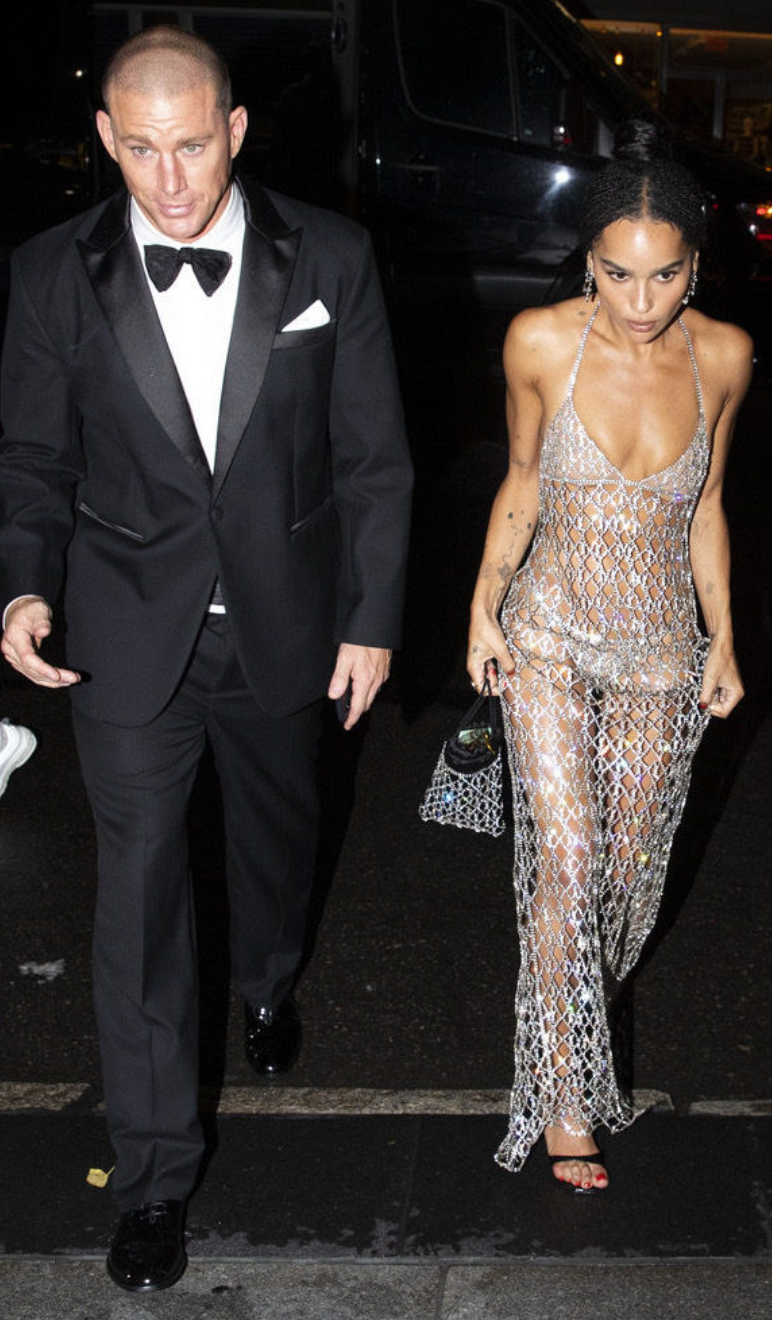 It was revealed to US Weekly that the couple connected on the set of their upcoming Pussy Island film. “They both thought the other was cool, fun and attractive, but never acted on it because they were never single”.

Back in January, Zoë and Channing dismissed dating rumors just days after the Kravitz filed for divorce from her husband, Karl Glusman.