New Delhi announced closing schools for a week due to high air pollution in the Indian capital. 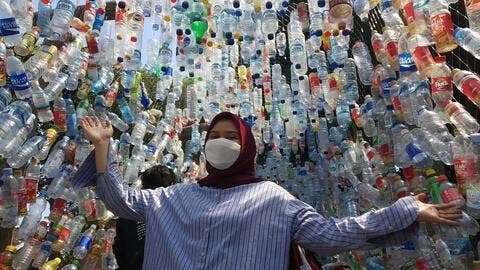 Activists in Indonesia Battle Against Plastic Pollution in a Creative Way

Often considered the world's most polluted capital, New Delhi schools will pivot to virtual teaching as pollution clouds over the city.

The city's government will work from home for a week and private companies have been advised to do the same.

There is no basis for hue and cry about farm fires when stubble burning contributes to only 4 per cent of air pollution: SC

Construction in the city has also been banned on November 14 and 17.

New Delhi's score on the air quality index is currently 470-499 on a scale of 500, according to India's federal pollution control board

Arvind Kejriwal, chief minister of the National Capital Territory of Delhi, told an emergency press conference on Saturday: 'Virtual classes will continue so that children don't have to come out and breathe polluted air'.

The emergency comes as Indian PM Narendra Modi was involved in the watering-down of the climate pact made at Cop26, which Cop President Alok Sharma apologised for when announcing the deal.

The Glasgow Pact was made with the wording on a section covering unabated coal - the burning of coal without climate change mitigating technology - changed from 'phase out' to 'phase down' after lobbying from India and China.

The change lead to angry responses from European and climate-vulnerable countries.

Haryana Government has ordered the closing of all schools in Gurugram, Faridabad, Sonipat and Jhajjar till November 17 in wake of air pollution in Delhi-NCR.#Haryana #AirPollution https://t.co/c09jxMDaYG 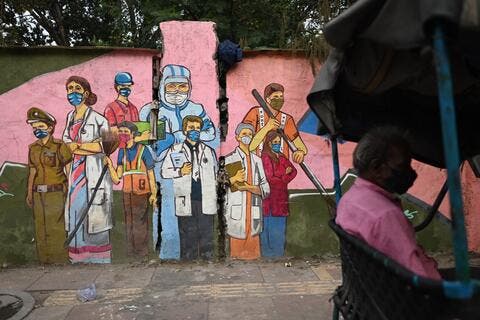 The emissions from coal-fired power plants are contributing to the pollution currently hitting Delhi.

The pollution is so bad that is potentially hazardous to otherwise healthy people rather than just those with pre-existing conditions.