In Douma, Syrian rebels respond to airstrikes by parading Alawi officers in cages 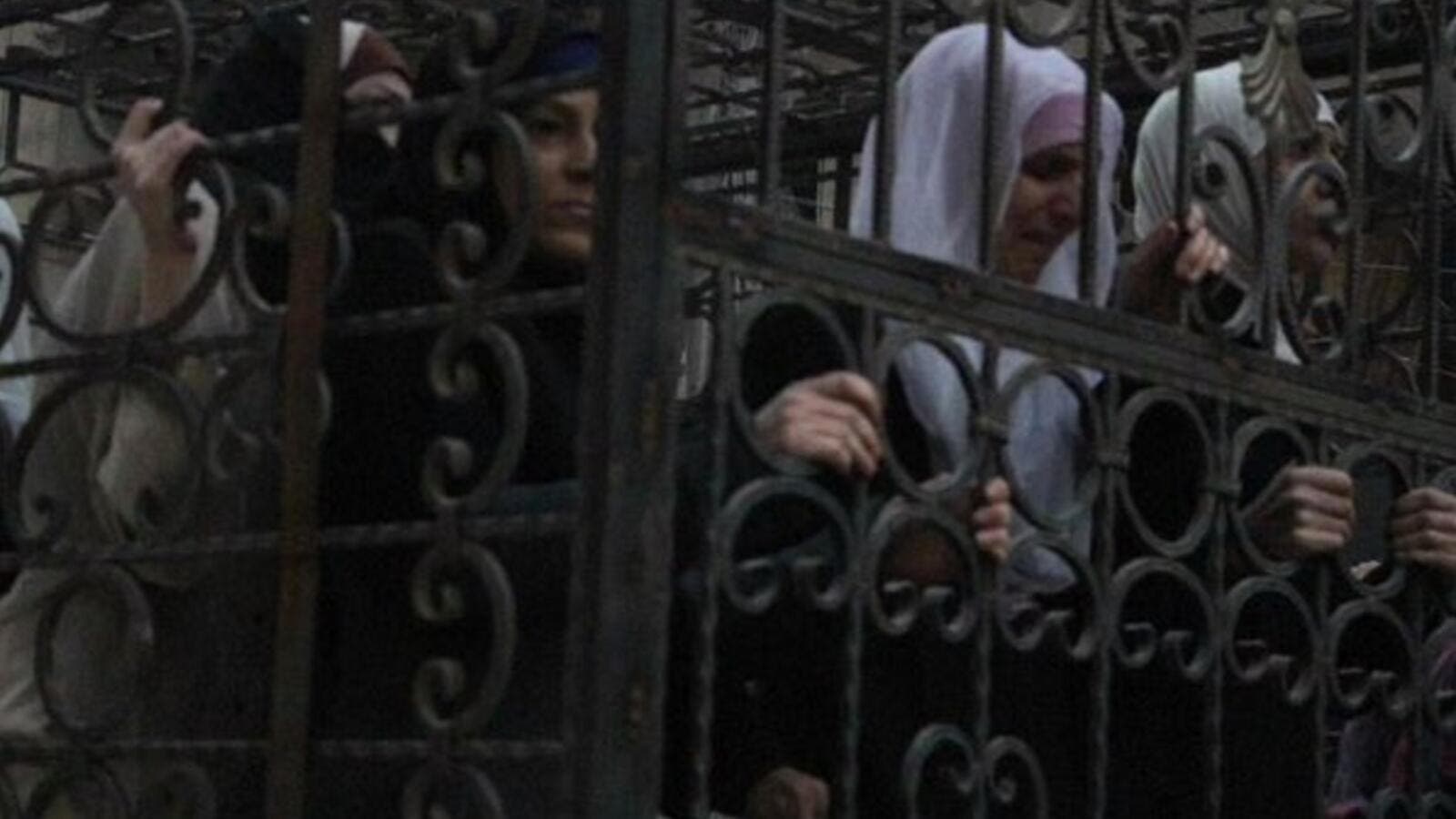 The suburbs of Douma in Eastern Ghouta have been the target of constant airstrikes. After the latest attacks from Russian air raids killed a total of 227 people in Syria — many from Douma — now the rebels are retaliating.

Reports on Twitter say there are anywhere from 50-100 cages holding the prisoners. But the move got mixed reviews.

This will not work. Russia will hunt you down.

Where are human rights for the women and children Bashar kills every day? This will show the world the crimes he commits.

How stupid. This will have a negative impact on the revolution.

Here's a video of the women in cages:

Observatory Director Rami Abdel Rahman said most of the civilians were abducted two years ago near a regime-held neighborhood in Eastern Ghouta.

On camera men and women sent a message to government forces, according to AFP, asking them to stop shelling the city.

"Your women are our women," a boy said. "If you want to kill my mother, you will kill them too."

Here's a video of the Alawite prisoners, some of whom say have been in jail for more than three years. They say the rebels who captured them were from the Idlib province before they were transported to Ghouta.