Three years after the Rabaa massacre, no answers in Egypt 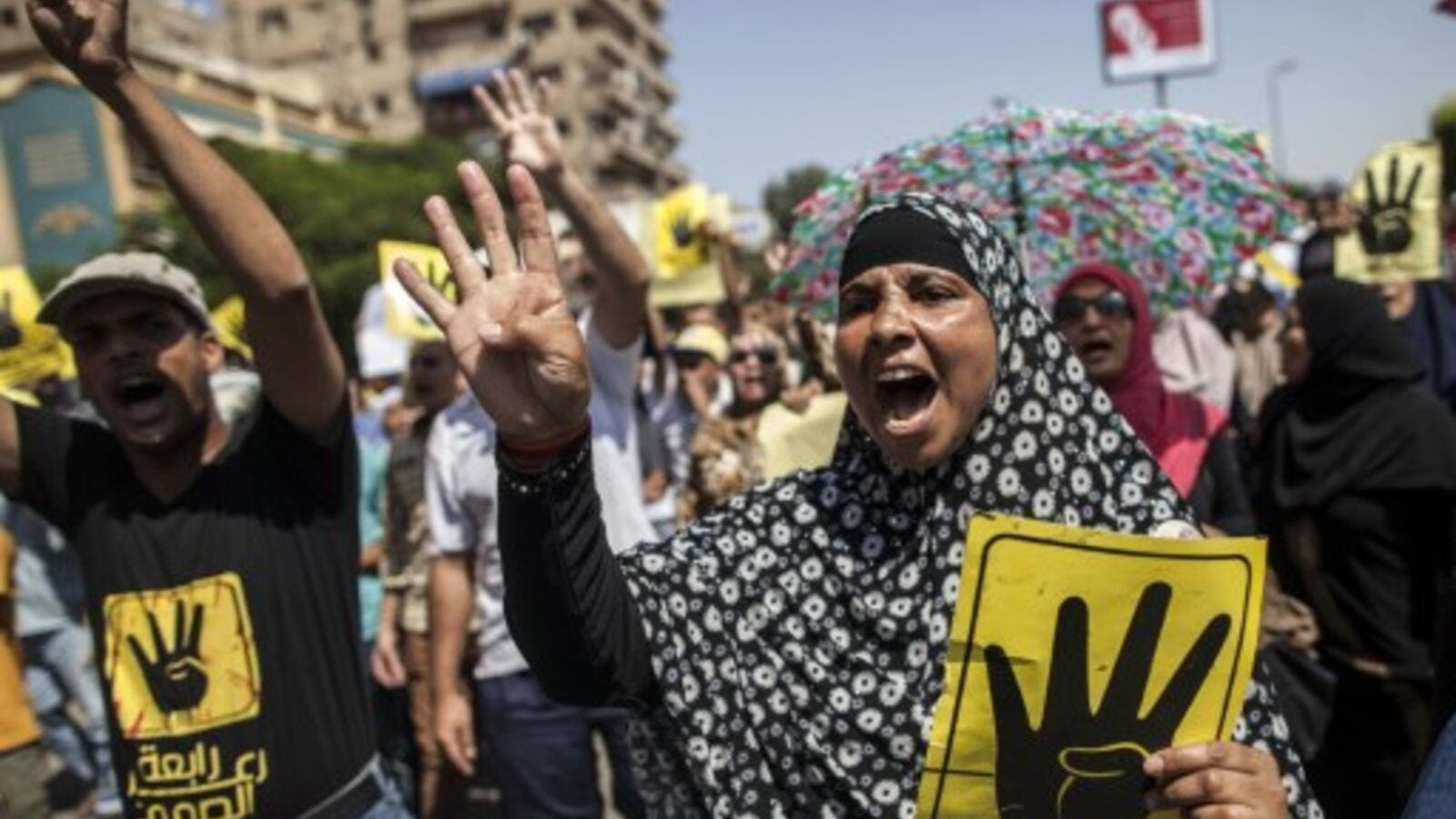 Protests over the Rabaa Massacre in Cairo (AFP / File)

Egyptians and international observers commemorated the third anniversary of the Rabaa massacre yesterday, with many pleading for a full investigation into the atrocity.

On the 14 August 2013, at least 1,000 people were killed when Egyptian security forces raided Rabaa Square in Cairo. The raids were set to disperse a six-week sit-in protest by Muslim Brotherhood members and supporters of former president Mohammed Morsi, who had been ousted by the military in early July. It remains one of the worst killings of protesters in a single day in recent history.

The cold-blooded murder of around 1,000 Muslim Brotherhood supporters three years ago is the ugliest crime in living memory in Egypt. #Rabaa

Morsi was Egypt’s first democratically elected leader, but his time in power was marred by problems, including his bypassing of the judiciary, a controversial constitution, economic struggles and diplomatic crises. When he was toppled in a coup d’etat in July 2013 thousands had taken to the streets to demand his removal, and the country was deeply divided between Morsi’s supporters and his critics. Before the massacre, army chief Abdel Fatah el-Sisi ordered that full force would be used against protesters who he said were working to destroy Egypt.

Now president of the country, Sisi and his government have been heavily criticised for continued oppression against the Brotherhood and other groups. The lack of accountability that’s been widely perceived in the last three years was, for many, a central cause of anger.

In memory of Rabeah
The worst massacre Egypt has ever known
A question remains: Is anything more needed other than just one perpetrator being tried in court for all the blood, despite the passage of years?

The waves of the January revolution won't stop unless an investigation is opened into the Rabeah massacre, and the perpetrators are held accountable. If Egypt wants to open a new page in national reconciliation [this is necessary].

Around the world, protests commemorated the massacre. Many displayed the four-fingered sign that has come to symbolise it, others highlighted the many individual lives lost.

Asmaa El Beltagy was 17 when killed by #Egypt security forces in #Rabaa massacre. Killers shot her in impunity pic.twitter.com/Hpt9QToinm

Human Rights watch urged the Egyptian government to open an impartial investigation into the massacre, and to create a transitional justice law to ensure accountability and reconciliation in the country.

Today, however, no-one has been held accountable for the killings, and authorities have dismissed demands from Human Rights Watch. More than 700 people continue to stand trial under accusations of belonging to the Muslim Brotherhood and inciting the violence that killed so many that day.