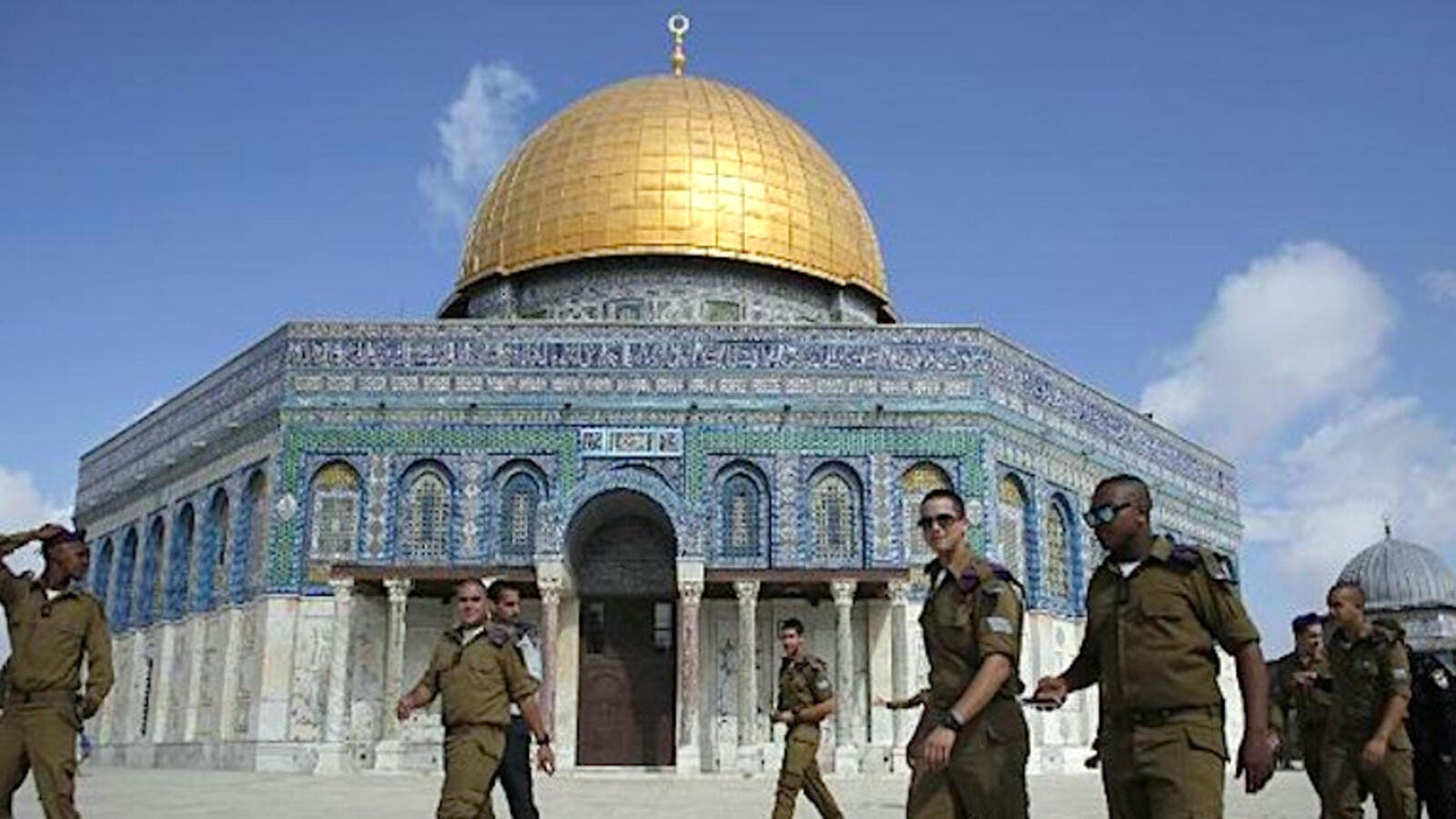 Jerusalem's Aqsa is usually the site of high tension between Israeli security forces and Palestinians, but Friday's video showed a different tension, between Fatah and Hamas. (AFP/File)

A video appeared on YouTube this purporting to show a Jordanian minister and imam being kicked out of Jerusalem's al-Aqsa mosque last Friday. But this time it was not a conflict between Israeli forces and Palestinians; instead, we see the Jordanian imam getting kicked out by the Palestinian crowd he's addressing.

Aqsa images usually entail weapon-clad Israeli soldiers clashing with angry Palestinians at the contested Jerusalem site, but Friday's video may demonstrate a different tension — the one that still exists between Palestinian factions themselves.

According to the video, the man speaking is Jordan's Minister of Islamic Affairs, Ahmed Hlayel. Back in Jordan, Hlayel also serves as the imam, or religious teacher, to the Kingdom's ruling Hashemite family.

Here, Hlayel is delivering a speech during the midday Friday prayer at Aqsa, encouraging unity between the two main Palestinian political factions, Fatah and Hamas. The factions have long been locked into a bitter war of disagreements since Hamas' legislative victory in the Gaza Strip in 2006.

A few minutes into his speech, Hlayel is driven out of the mosque, along with the imam who brought him. Watch the Arabic video below.