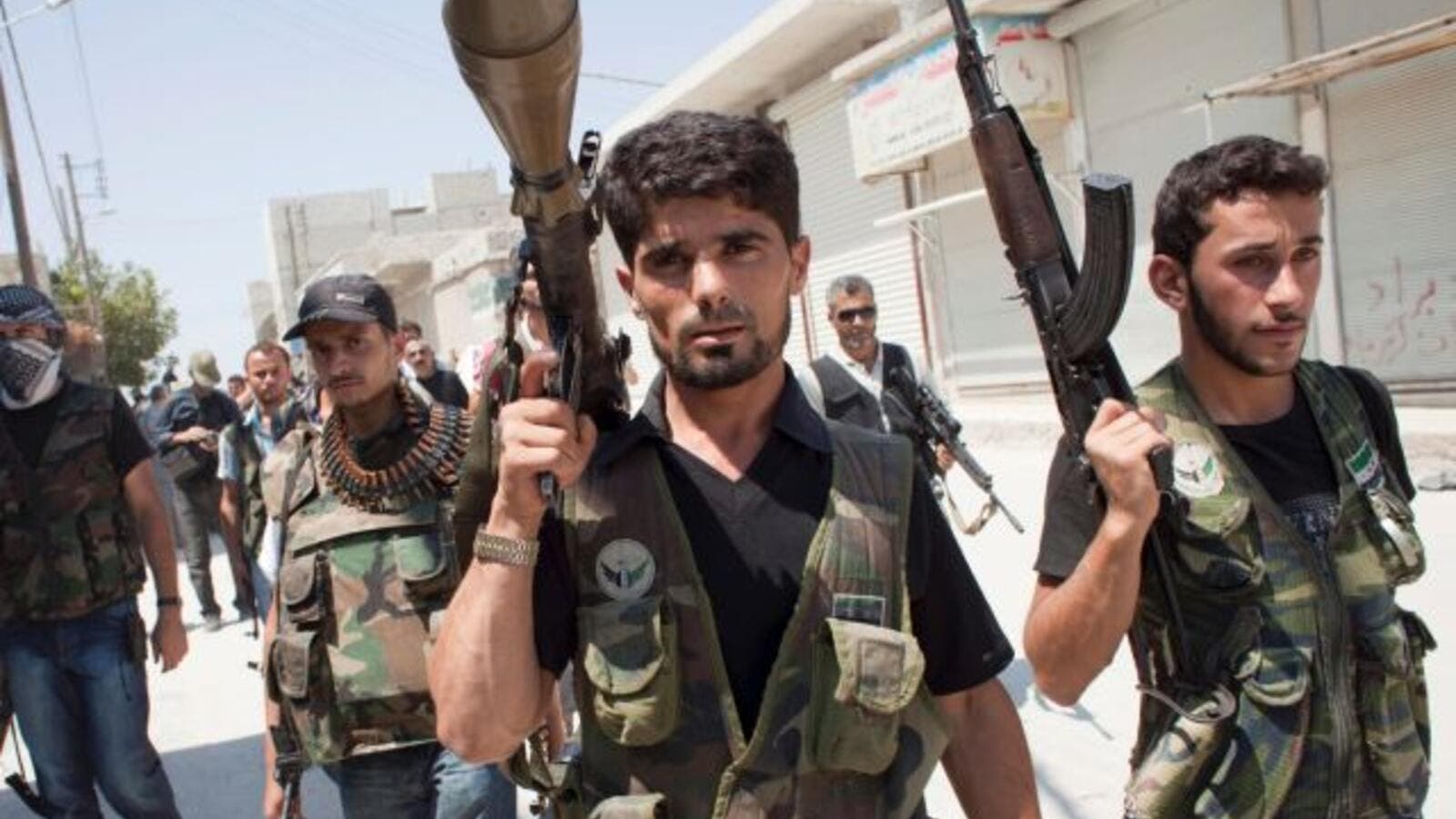 Rebels say they overtook one of the last posts for the Syrian army — Brigade 52 — in a dawn offensive Tuesday. (AFP/File)

Following the Syrian conflict, even kind of closely, you've likely heard the news about southern rebels taking over the Syrian army base called Brigade 52, in the Daraa govnorate.

Right now it's all unconfirmed — Syria's state news channel Sana has so far been silent — but monitoring groups tell us a dawn offensive on Tuesday by Syrian rebels in the Southern Front ended in a takeover of the base and a retreat of Syrian regime forces.

We showed you videos of what the rebels have so far claimed as spoils of this offensive, but Tuesday afternoon we saw this YouTube video emerge too. Here you see what purports to be locals from the Daraa govnorate — the cradle of the Syrian revolution in 2011 — handing out sweets to members of the Free Syrian Army (FSA) there after the takeover.

We've watching for updates, but this is what's coming out so far. Watch it below.