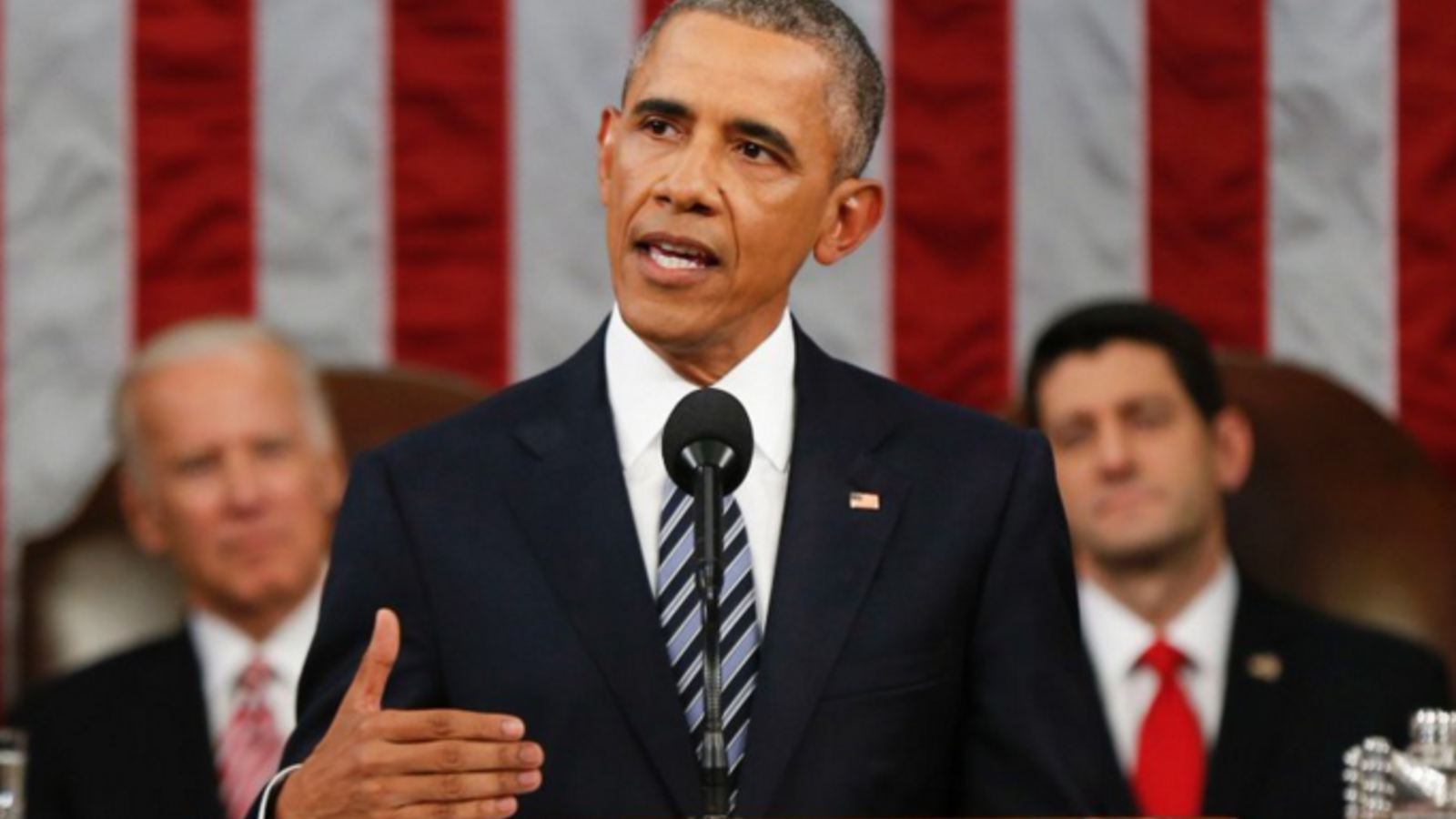 The president had some choice words for those who target others based on their race or religion. (Twitter)

President Barack Obama delivered his final State of the Union address yesterday, during which he had some firm words for those with Islamophobic and racist political ideas. He noted that dismissing those ideas is not a matter of political correctness, but “it’s a matter of understanding just what it is that makes [the US] strong.”

“The world respects us not just for our arsenal; it respects us for our diversity and our openness and the way we respect every faith,” he said.

In what appeared to be—in part—a statement alluding to the controversial words of Donald Trump, the president said that Islamophobia was a betrayal to the US.

“When politicians insult Muslims, when a mosque is vandalized, or a kid bullied, that doesn’t make us safer. That’s not telling it like it is. It’s just wrong. It diminishes us in the eyes of the world. It makes it harder to achieve our goals. And it betrays who we are as a country.”

He also spoke about the conflict in Syria, and the nuclear deal with Iran. He noted that the US will always act to protect its allies and will mobilize the world to work with it “on issues of global concern.”

“That’s our approach to conflicts like Syria, where we’re partnering with local forces and leading international efforts to help that broken society pursue a lasting peace,” he said.

“That’s why we built a global coalition, with sanctions and principled diplomacy, to prevent a nuclear-armed Iran.  As we speak, Iran has rolled back its nuclear program, shipped out its uranium stockpile, and the world has avoided another war.”