Man set himself on fire near Egyptian parliament building 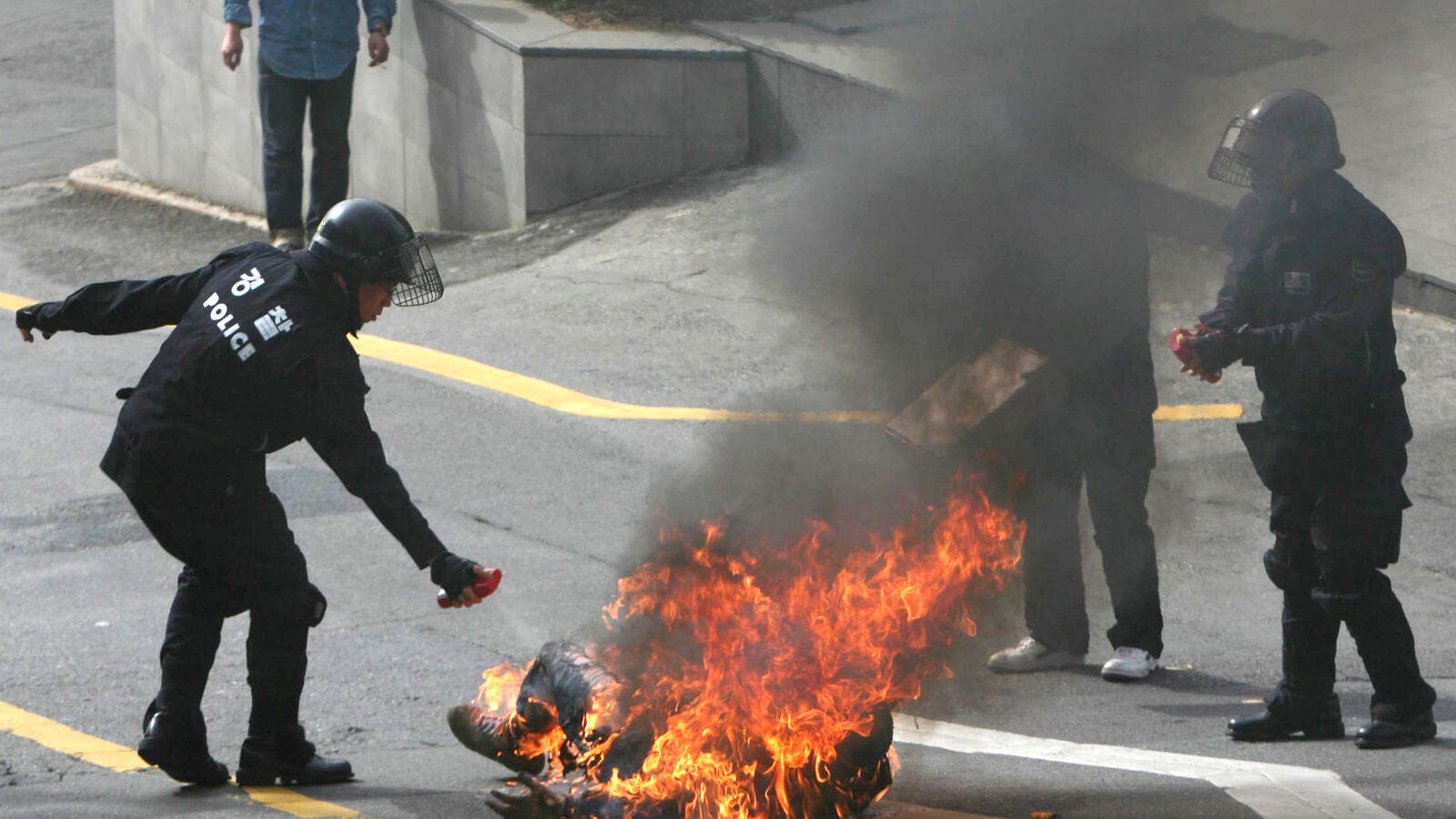 An Egyptian man set himself on fire Monday in front of the country's parliament building in Cairo in a protest similar to that in Tunisia, which sparked massive protests. The death late December of 26-year-old Tunisian resulted in toppling the Tunisian president.

According to Reuters, Egyptian security sources said policemen guarding the parliament building used fire extinguishers to put out the blaze engulfing the man, who was later taken to the hospital.

The officials identified the man as Abdou Abdel-Hamid, a small restaurant owner from Qantara, near the Suez Canal city of Ismailia east of Cairo.

On Sunday, the Egyptian Foreign Minister Ahmed Aboul Gheit, said fears of repeating the Tunisian events to Egypt or other Arab countries are "nonsense." During the preparatory meetings for the Arab Economic Summit II, to be held in in Sharm el-Sheikh, Abul Gheit said: "The talk about the extension of what is happening in Tunisia to other Arab countries is nonsense," adding that "every community has its circumstances and the approach by the Tunisian people relates only to the people of Tunisia."