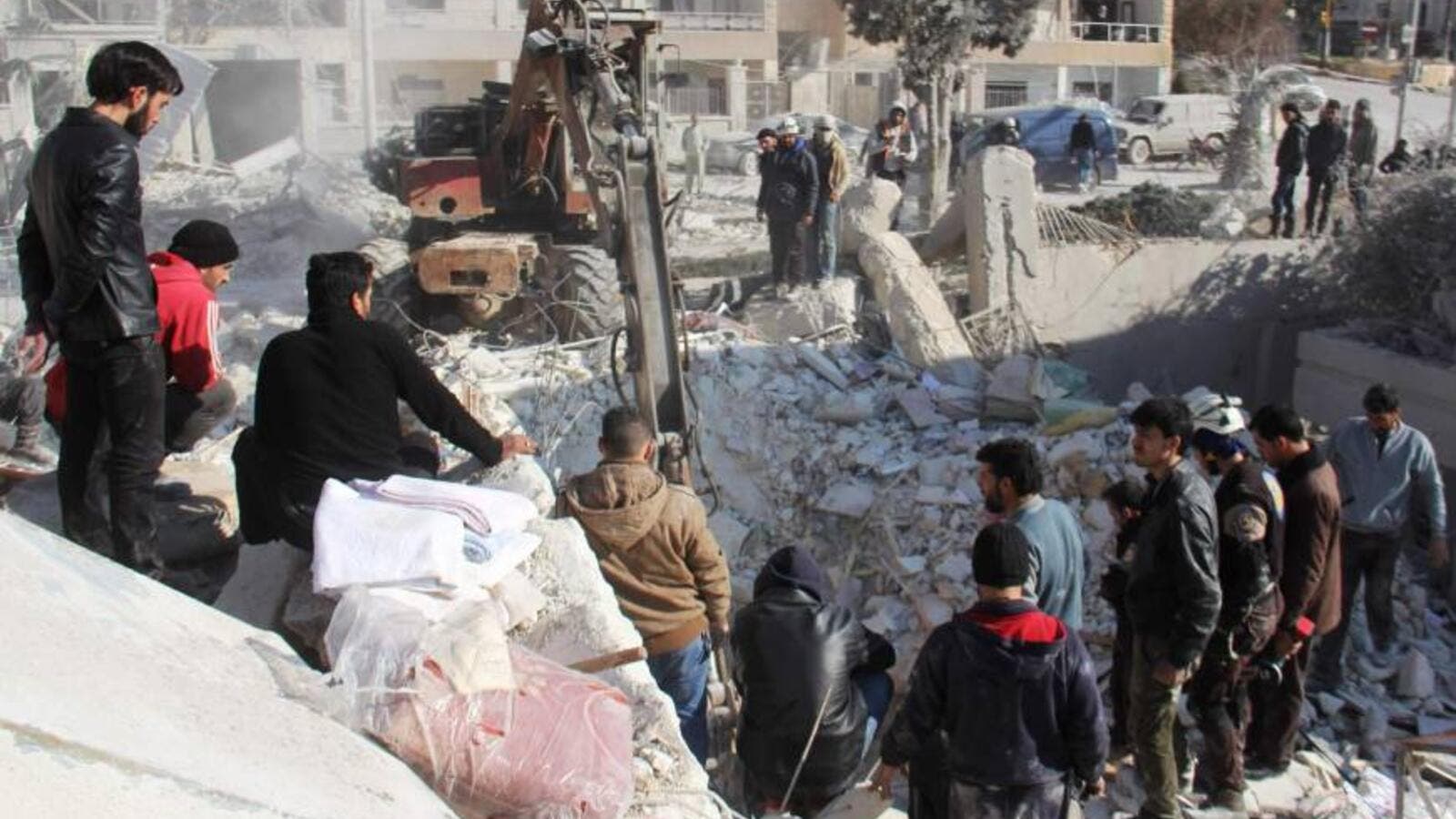 Syrian men and civil defense volunteers search for survivors amid the rubble of a building following airstrike on the northwestern city of Idlib. (AFP)
Highlights
11 civilians were killed and 27 others injured in Idlib Explosion.

At least 11 civilians were killed and 27 others injured in an explosion on Wednesday in the district of Jisr al-Shughour in Syria’s northwestern Idlib province, according to local sources.

The explosion, which occurred in center of the Jisr al-Shughour, has also caused damage to nearby buildings and several cars, the sources said.

The cause of the blast is not yet known.

Rescuers of the Idlib-based White Helmets civil defense agency have rushed to the scene to provide help to the injured.