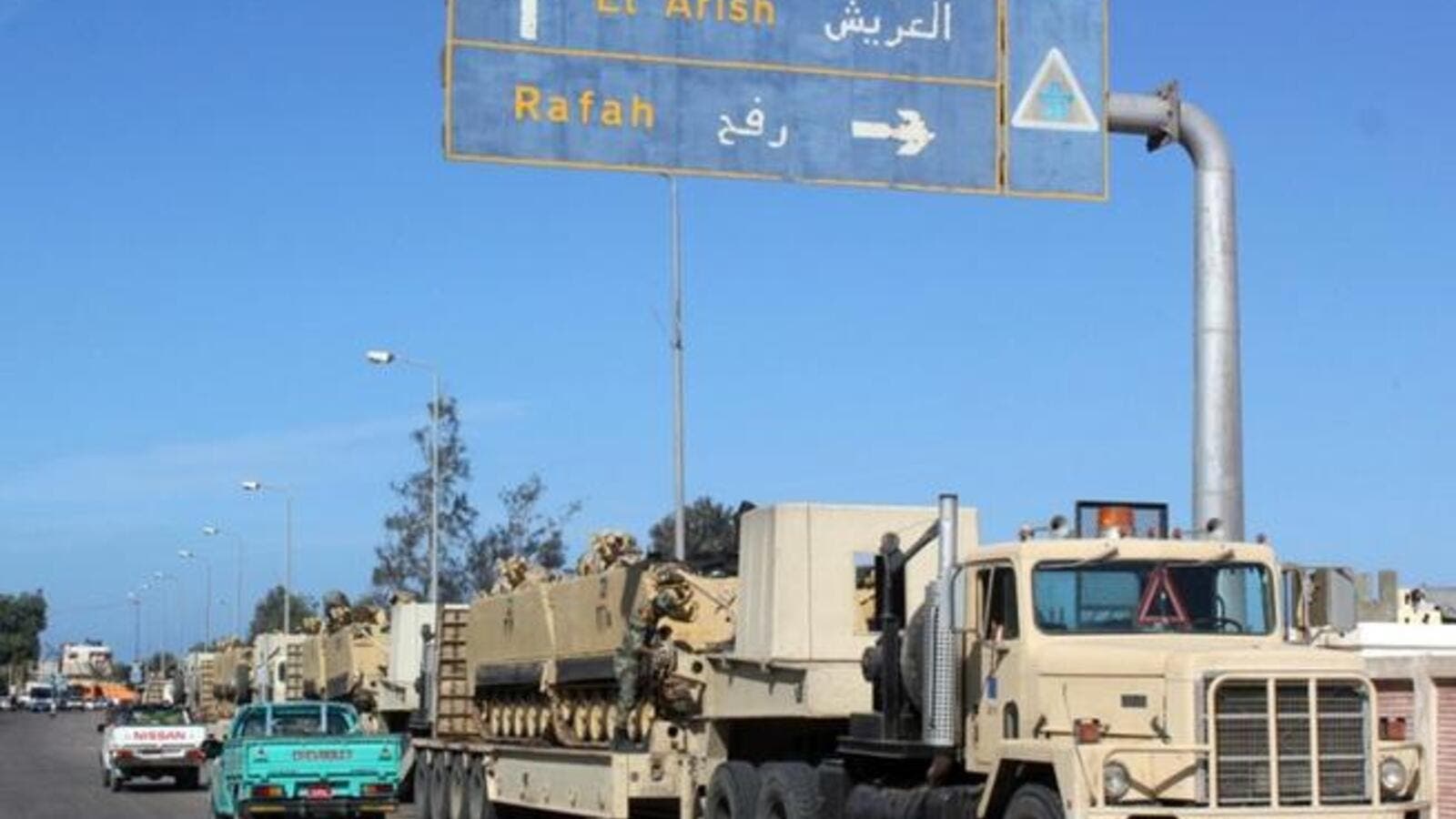 Armored vehicles en route to an Egyptian military base in Northern Sinai. (AFP/File)

Egypt's Ministry of Defence announced on Monday that it has killed 11 “terrorists” and arrested 51 others, according to the official Facebook page of the army spokesperson.

The move came during the eighth consecutive day of military operations in North Sinai named “Retribution of the Martyr”. Military forces have been sweeping the areas surrounding the main cities in North Sinai, namely Al-Arish, Sheikh Zuweid, and Rafah.

North Sinai has witnessed an increasing insurgency over the past years by “State of Sinai”, a local “Islamic State” affiliate that has claimed numerous high profile attacks against security forces.

The latest army operation has witnessed the killings of approximately 360 “terrorists” over eight days, according to official numbers.

Since the passing of the anti-terrorism law last month, media in Egypt are obliged to follow solely information provided by government bodies regarding terrorist attacks.

The forces also found a set of military clothing and other tools used by the alleged militants, whilst also wrecking 55 nests and four caves the militants are said to have used as hideouts.

One soldier was killed in action and another injured when an explosive device detonated, bringing the total number of military deaths since the start of the campaign to 7, alongside the 12 others injured.

The toll during the eighth day of the campaign was the lowest since the start of the campaign, with some Twitter reports attributing this to the militants’ retreat.

The campaign comes in the wake of a rocket attack on a checkpoint in Al-Arish on 5 September, and the injury of six US soldiers from the Multinational Force and Observers peacekeepers on 3 September.

The campaign is said to be a proactive counter-attack against militant groups in North Sinai, as the Ministry of Defence unravelled a major conspiracy attack on security units in North Sinai, according to Moatez Abdalfattah, a doctor of Political Sciences at Cairo University, speaking on Mehwar TV station’s “90 Minutes” programme.