Published May 20th, 2021 - 07:28 GMT
Demonstrators hold homemade shield during a new protest against the government of Colombian President Ivan Duque, in Cali, Colombia, on May 19, 2021. Luis ROBAYO / AFP
Highlights
Colombian unions, student groups and civil society members say they will continue their demonstrations, seeking social change amid intermittent talks between the government and strike organisers.

Colombia's wave of anti-government protests has entered their fourth week, as unions, student groups and others turned out at marches to demand social change amid intermittent talks between the government and strike organisers. 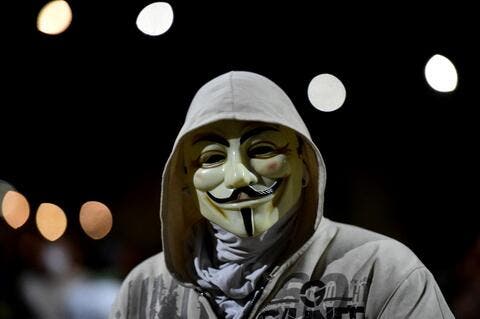 Colombia Tensions Escalate as Protests Continue For The 8th Day

The protests have been marked by violence by both police and civilians. The attorney general's office has confirmed 15 deaths connected to protests, while one human rights group tallies more than 40.

President Ivan Duque earlier this week ordered the clearance of road blockades around the country, which have caused shortages of food and gasoline.

The demonstrations, originally called in late April against a now-canceled tax plan, have expanded to include demands like a basic income, an end to police violence and opportunities for young people.

A health reform also opposed by many protesters, which they had criticised as too vague to make real change to Colombia's fragile healthcare system, was shelved by a joint congressional committee on Wednesday.

Hundreds gathered in Bogota's Bolivar Plaza at lunchtime on Wednesday.

"Colombia has lost its fear and we'll keep on until there is real change, because if not we'll keep suffering," said 35-year-old teacher Luis Carlos Garcia, carrying his small son.

Ati Quigua, 40, an Arhuaco indigenous leader, said she was protesting murders of human rights activists with 50 members of her community, saying they were on an "indefinite strike."

A national strike committee formed by major unions, student groups and others, has held several discussions with government representatives about protesters' demands, but the two sides are not yet holding formal talks.

Organisers have vowed protests will continue in the meantime.

The economic fall-out of the coronavirus pandemic has rolled back recent anti-poverty gains in Colombia, sending unemployment soaring, shuttering businesses and forcing the government to increase its debt load. 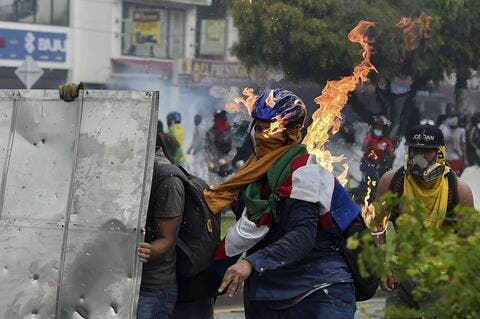 “We need more gestures, we need more empathy and more humility, and for the state to recognise: ‘Look, we committed abuses'."

Demonstrations and blockades cost the county some $132 million per day, the finance ministry has said, and analysts predict the protests may slow Colombia's recovery from a record economic contraction of 6.8 percent last year.