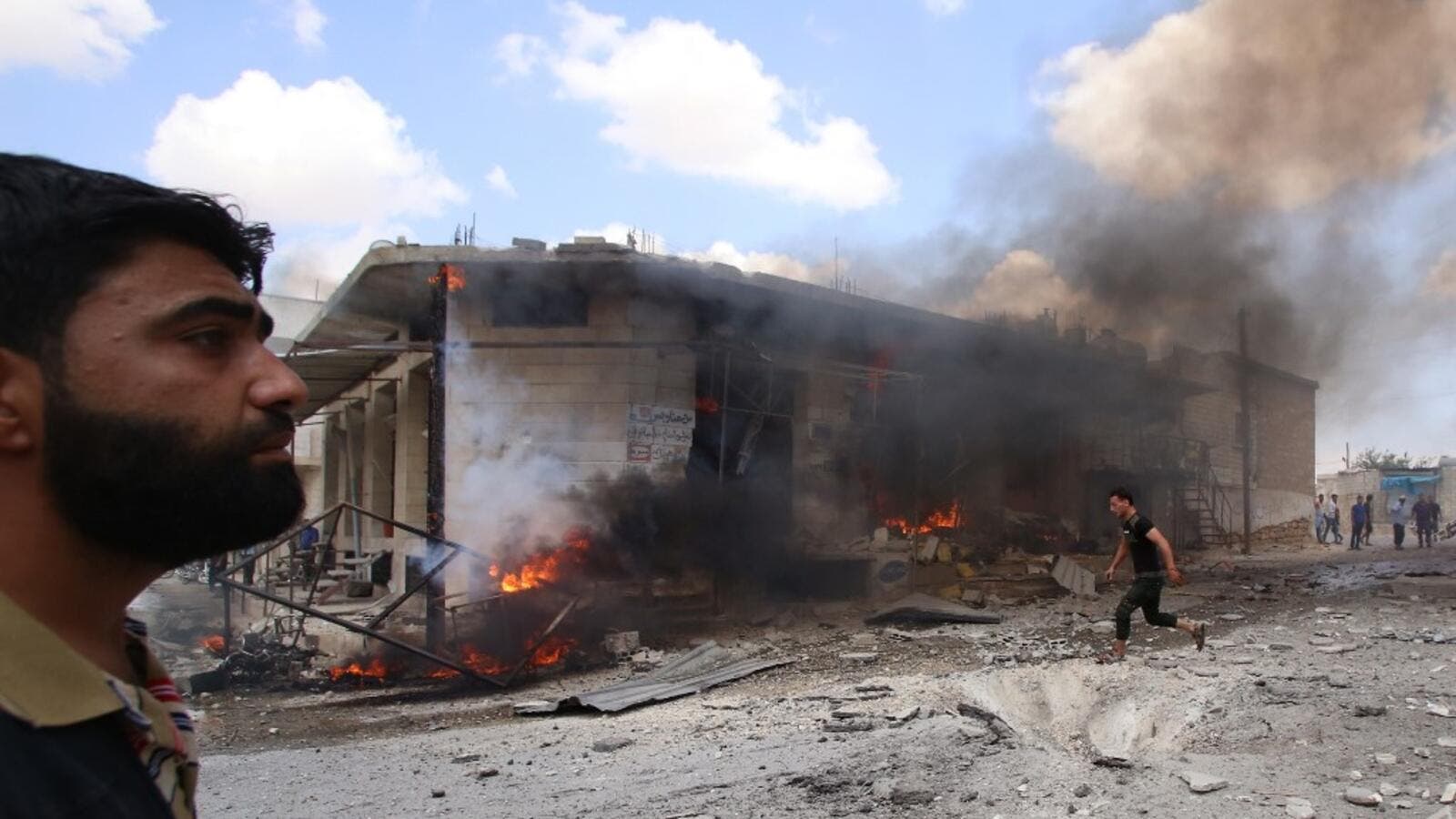 Syrian civilians react following an airstrike by Syrian regime forces in Maar Shurin on the outskirts of Maaret al-Numan in northwest Syria (AFP)
Highlights
According to our correspondent, Russian and regime warplanes also carried out attacks on the town of Bidama and the villages of Talmenes and Al-Kabina.

At least 17 civilians were killed in a Russian airstrike Monday on a marketplace in de-escalation zone in northwestern Syria, according to the White Helmets civil defense agency.

According to our correspondent, Russian and regime warplanes also carried out attacks on the town of Bidama and the villages of Talmenes and Al-Kabina.

Monday's deaths bring the toll to 34 in the past 24 hours as 17 civilians were killed in Russian airstrikes in the same de-escalation zone on Sunday.

Turkey and Russia agreed last September to turn Idlib into a de-escalation zone in which acts of aggression are expressly prohibited.

The Syrian regime, however, has consistently broken the terms of the cease-fire, launching frequent attacks inside the de-escalation zone.

Syria has only just begun to emerge from a devastating conflict that began in early 2011 when the Bashar al-Assad regime cracked down on demonstrators with unexpected severity.