2017 Saw About Half a Million Syrians Return Home 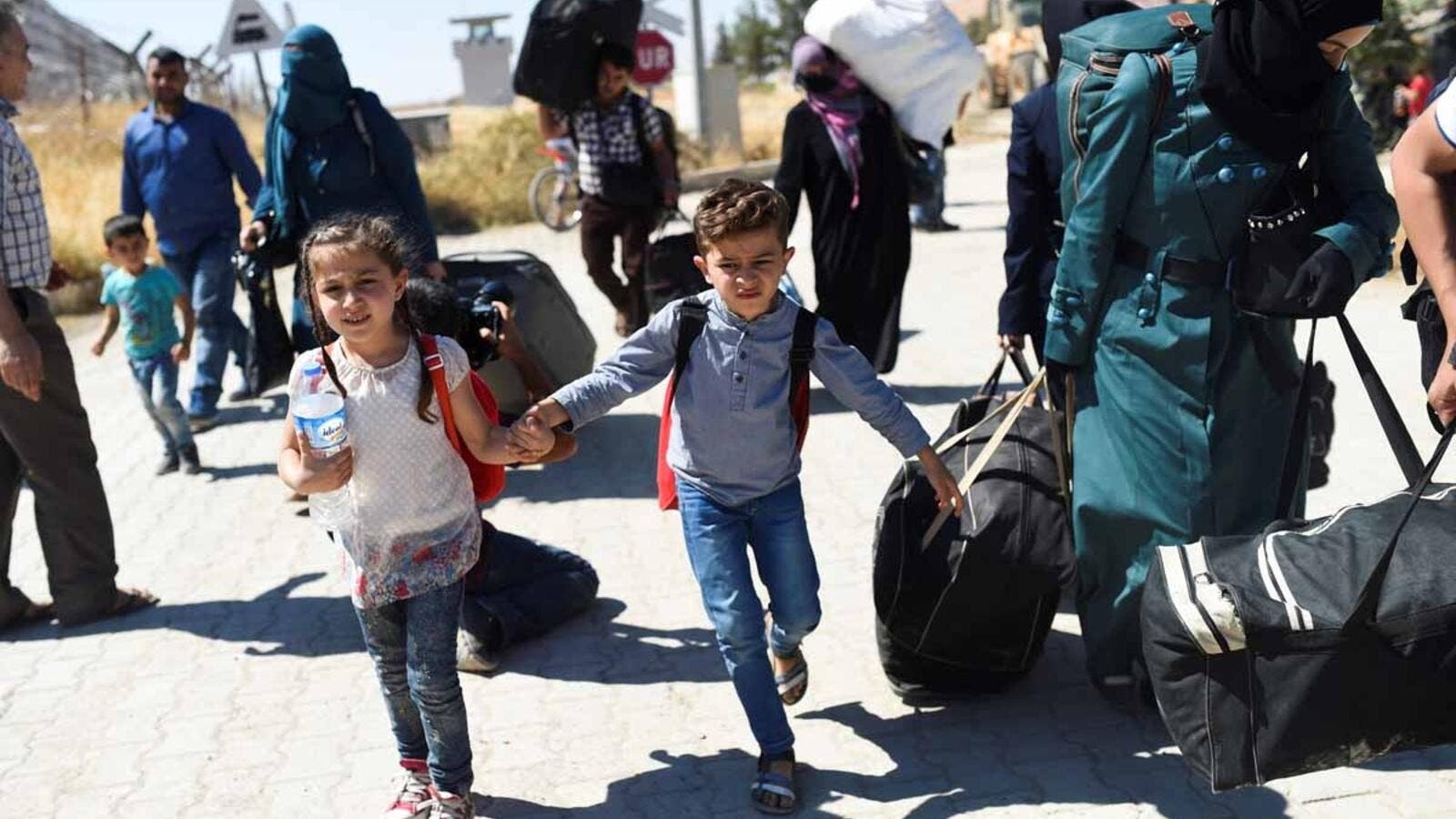 Syrian refugees walk on their way back to the Syrian city of Jarabulus. (AFP/Bülent Kiliç)

The UN refugee agency said Friday that nearly a half-million people who were displaced within Syria due to its civil war have returned to their homes since the beginning of the year.

The agency pointed out to “a notable trend of spontaneous returns to and within Syria in 2017.”

UNHCR says aid agencies estimate that more than 440,000 internally displaced people, or IDPs, had returned to their homes, mainly in Aleppo, Hama, Homs, and Damascus, Andrej Mahecic, a spokesman for the agency, known as the UNHCR, told reporters in Geneva.

In addition, around 31,000 refugees in neighboring countries had also returned, he said, bringing to 260,000 the number of refugees who have returned to the country since 2015.

“This is a significant trend, and a significant number,” Mahecic said. However, he cautioned on Friday that this was “only a fraction” of an estimated 5 million Syrian refugees abroad.

He said the main factors prompting the displaced to return home were “seeking out family members, checking on property, and, in some cases, a real or perceived improvement in security conditions in parts of the country.”

He said it was too early to say if the returns might be directly linked to a palpable drop in violence since Turkey agreed at talks in Astana in May with Russia and Iran, allies of head of regime Bashar al-Assad, to establish four safe zones across Syria to ban flights and ensure aid drops.

But this week, the UN’s special envoy for Syria, Staffan de Mistura, told the Security Council that since the May 4 deal, “violence is clearly down. Hundreds of Syrian lives continue to be spared every week, and many towns have returned to some degree of normalcy.”

Mahecic nonetheless cautioned that “while there is overall increased hope linked to the recent Astana and Geneva peace talks, UNHCR believes conditions for refugees to return in safety and dignity are not yet in place in Syria.”

“The sustainability of security improvements in many return areas is uncertain, and there remain significant risks of protection thresholds for voluntary, safe and dignified returns not being met in parts of the country,” he said.

“Access to displaced population inside Syria remains a key challenge,” he added.

But “given the returns witnessed so far this year and in light of a progressively increased number of returns”, the agency had begun scaling up its operations inside Syria to better be able address the needs of the returnees, he said.

Syria’s war has killed more than 320,000 people and forced millions from their homes since it began in March 2011.