Published June 24th, 2021 - 06:51 GMT
A health worker prepares a dose of the Pfizer-BioNTech vaccine against COVID-19 to inoculate a minor at a vaccination centre in Santiago, on June 23, 2021. Chile began inoculating children from 12-years-old against COVID-19. Martin BERNETTI / AFP
Highlights
Turkey ranks 9th with more than 44.45M jabs administered while cases worldwide exceed 180M in number

Over 2.75 billion doses of COVID-19 vaccines have been given worldwide so far, figures compiled by Our World in Data, a tracking website, showed on Wednesday. 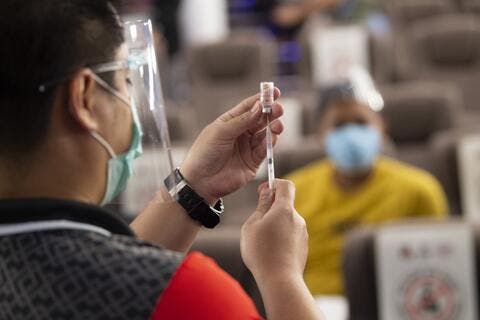 China leads the global count with over 1.07 billion jabs, followed by the US with 319.22 million.

So far at least 2.7 billion COVID-19 vaccine doses have been administered worldwide with 40 million shots given every day.

And yet, fewer than 1% of people in low-income countries have received at least one vaccine dose.

Turkey ranks ninth on the list with over 44.45 million doses given, followed by Mexico, Spain, Indonesia, and Russia.

The number of doses administered has exceeded that of the population in 11 countries, chiefly the United Arab Emirates (UAE), Malta, Seychelles, San Marino and Israel.

The country with the most doses administered by population is the UAE, with 146.73 doses per 100 people. 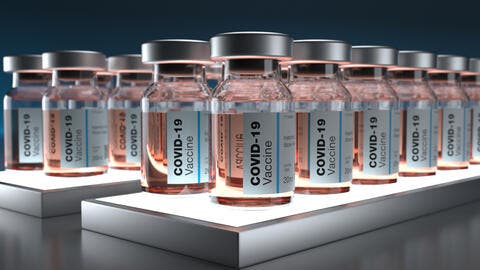 Over 2.58 billion doses of COVID-19 vaccines have been given worldwide so far but which country is on top of the board?#AlBawabaNewshttps://t.co/oEthImncLa